Against all odds, brave Curtis fought the disease; however 19 years on; he continues to suffer the life changing after-effects of this terrifying disease.

“It’s been 19 years but I will never forget the agonising time leading up to Curtis’ diagnosis of neonatal GBS. We were told he was unlikely to survive, and if he did, he would be severely brain damaged, and unable to walk or talk.”

“We spent a total of four weeks in hospital until we were finally allowed home. Curtis was recovering well and we thought everything was fine, until he was about two and a half and we noticed he wasn’t able to do a lot of the things his younger sister could. At 19, he has the developmental age of a 7 or 8 year old.”

“Curtis suffers from autism, developmental delay, short term memory loss, anxiety, visual impairment, poor speech and muscle weakness down one side. It was not until recently that his anxiety and muscle weakness were diagnosed. It’s impossible to be able to understand the full impact of meningitis as so many of his after-effects haven’t become apparent until recently.”

“He will panic over the smallest of things and, although he’s very social, he doesn’t adapt well to change – he has recently started at college and although he is doing fantastically, the transition was very hard. His short term memory also makes things very difficult because if something is upsetting or bothering him he can’t tell us about it until it works its way into his long term memory.”

Since Curtis was diagnosed with muscle weakness 18 months ago he has started training at the gym to build his strength, but he still struggles with movement and stability, making simple tasks, such as showering, difficult.

We funded a new wet room for Curtis, enabling him to shower alone in safety, giving him the independence and privacy he requires.

“Not long ago Curtis had a fall in the shower, bruising his hip quite badly. This new wet room will give him the confidence to shower alone. He needs his privacy and the wet room means we can be reassured that he won’t hurt himself. He’s had a lot of input to get it just how he wants it and it will make such a huge difference to everyday life.”

“Meningitis Now have been great, supporting Curtis since he was a baby. We are keen to show our gratitude and next year we’re hoping to take part in the Five Valleys Walk again as a family – we used to take Curtis when he was a baby.”

“We’ve known and supported Curtis since he was just days old and are so pleased to see him progressing and heading off to college.”

“As his story highlights, the effects of meningitis can last a lifetime and may not develop until people think the disease is behind them. The true impact of meningitis may not be felt for years to come. The support we provide is for life and we want those affected by meningitis to know we are here for them to support in any way we can, whenever they need us.”

Meningitis Now awards more than £250,000 every year to those affected by meningitis. Grants help to reduce the financial pressures faced following the disease. Funding helps families with a variety of needs, such as specialist equipment, therapy, travel and accommodation for hospital visits, training, funeral and headstone expenses, and rehabilitation. 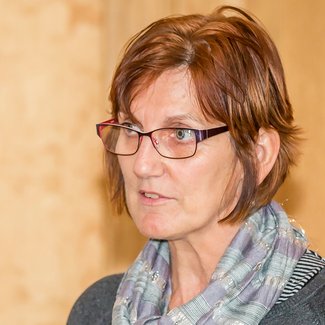 The financial impacts of meningitis

Meningitis can leave you with unexpected costs, which may last a lifetime. Our financial support grants can help fund a variety of things to help ease the strain, like support, specialist equipment and respite care. Apply for a financial grant