Katy tragically lost her 15-week old son in 2010, six days after he was diagnosed. She threw herself into fundraising and started to blog about her experience of life after losing a child to meningitis. She raised £35,000 within just a few years – but in 2018 she wrote movingly about how she realised she had forgotten to grieve and how this led to her having a breakdown.

But despite having grief counselling, Katy didn’t stop her amazing fundraising work and has just announced that she’s hit the £40,000 mark. And some of her money-making efforts have certainly been innovative!

“I did a fundraising challenge at the end of last year which raised around £2,000,” she said.

“It was called ‘Walk A Day in My Shoes’ as I’m disabled and in a wheelchair, it was a bit of a play on the fact I can’t walk!"

“Friends and family sponsored me to borrow other people’s shoes and then sing a song to go with the footwear - for example - I wore snow boots and had to rap Ice Ice Baby!”

This particular challenge culminated with the grand finale with friends, family and some Meningitis Now staff members singing an excellent rendition of the iconic Queen tune Bohemian Rhapsody.

“This reached over 25,000 people and included a list of all the signs and symptoms of meningitis so we could raise awareness too,” said Katy.

Another fundraiser included a Championship Challenge held by a local pub to where her father lives in Huddersfield. The White Horse raised another few hundred pounds to add to the pot and Katy inched closer to her £40,000 target.

“Once we realised we were very close to hitting our goal, we wanted to get Charlie’s brother and sister involved,” she said. “They were very keen to do something themselves so decided on a sponsored mile." 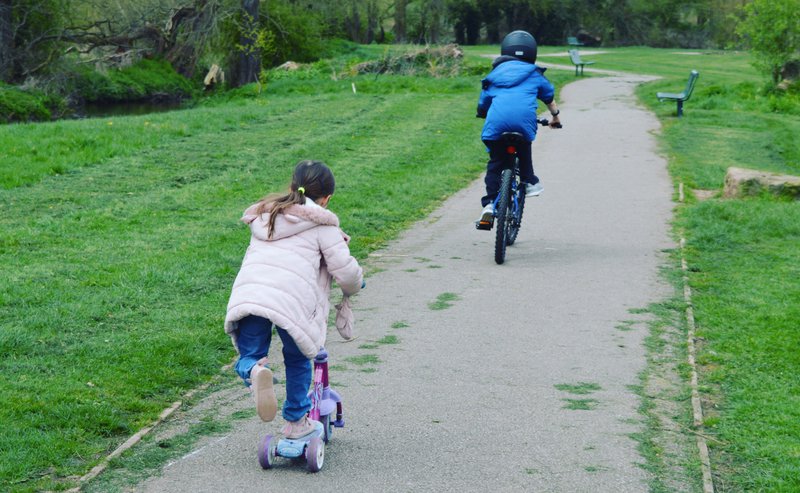 “James is eleven and rode his bike for a mile, Emily is seven and did it on her scooter. Together they raised enough money to take us over £40,000 which seemed very fitting really, in memory of their brother."

“We’re very proud of them and everyone involved for what they have achieved.”

We’re proud of them too, Katy – and of you. It’s an amazing amount to reach and it’s a fitting tribute to your beautiful son Charlie.