This pledge has been taken up and is being carried forward by the next generation of the Berkely family and all those at Bristol & Avon. Our partnership with the firm has led to many thousands of pounds raised over the years but now we’re taking this special relationship to new heights thanks to a hot air balloon!

The balloon, named the G-Jima in honour of Jimmy, was purchased by the B&A Group as an innovative way to raise awareness about the work of Meningitis Now and had its first flight in the summer. Since then, G-Jima has taken part in a mass “lift-off” at the Bristol Balloon Fiesta, and joined in Europe’s largest hot air ballooning event, Sky Safari, where pilots from all over the world took to the skies over Longleat in a four-day ballooning extravaganza.

Steve and his wife Gloria also helped to launch the balloon officially with Pilot Rob Clements and the Berkely family, although Steve declined the chance to actually go up because of a fear of heights! 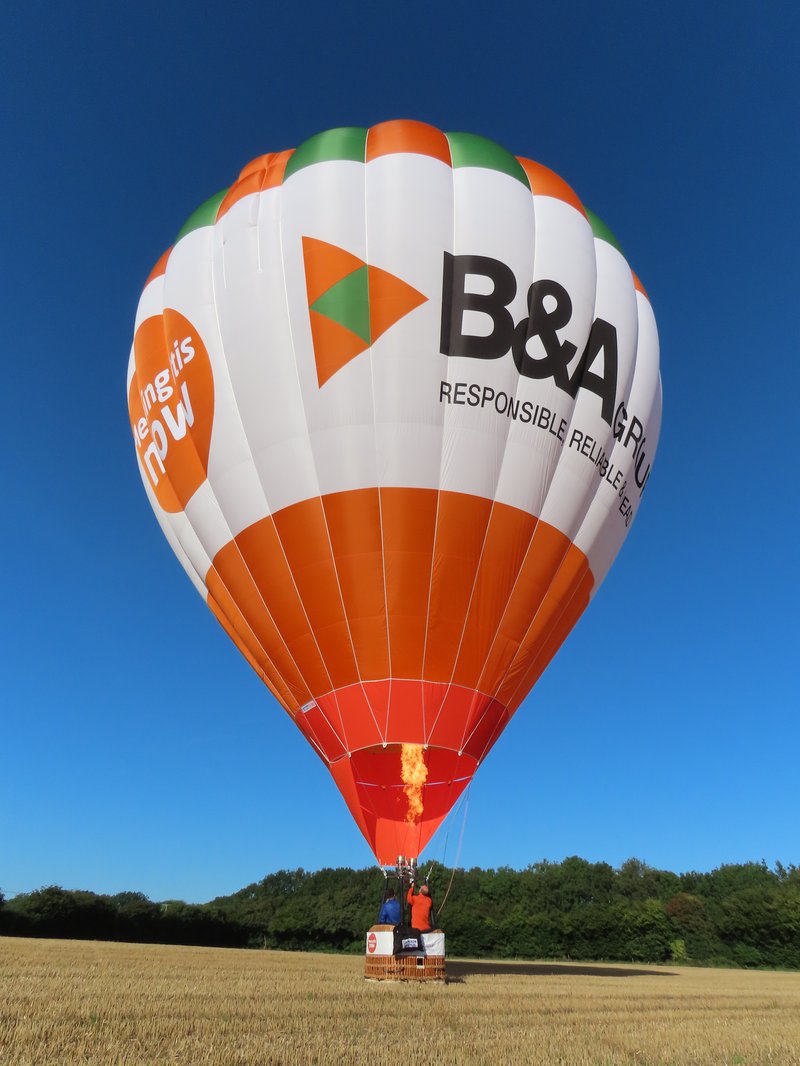 Clare Raby, from B&A Group, said they hoped the balloon would become a regular sight flying over the city of Bristol and the surrounding region.

“Designed in our company colours with B&A Group on one side and the Meningitis Now logo on the other, the balloon is very striking and looks beautiful,” she said.

Here at Meningitis Now we are hoping it won’t only be seen in the South West as there are plans to take G-Jima further afield. Hopefully it can be used to help raise awareness of meningitis all over the country.

“It’s certainly hard to miss when it is up in the air, so what better way to get our message out?” he said.

“It also looks like a lot of fun – I’m sure plenty of people will want to go up in it if they have a chance. In fact, I wouldn’t mind giving it a go myself!”