So, it’s a huge thank you to David and Bridget Whyte, from Markinch in Fife, for organising a successful fundraiser at Markinch Bowling Club in August, which raised a fabulous £4,800.

And a big thank you too to all their friends, neighbours and the wider community, who donned their finest fancy dress and went along to support their event and make it such a success, despite the worst the weather could throw at them.

The event was organised in memory of David and Bridget’s daughter Michelle, who sadly died from MenB in March 2018, aged just 24. A Forever Fund – a lasting way to remember someone special – has been set up in Michelle’s memory.

One of those attending the event was our dedicated Scottish Community Ambassador Margaret McLaren. She told us: “Over 60 people attended the event in fancy dress and managed to play one game of bowls before rain stopped play. 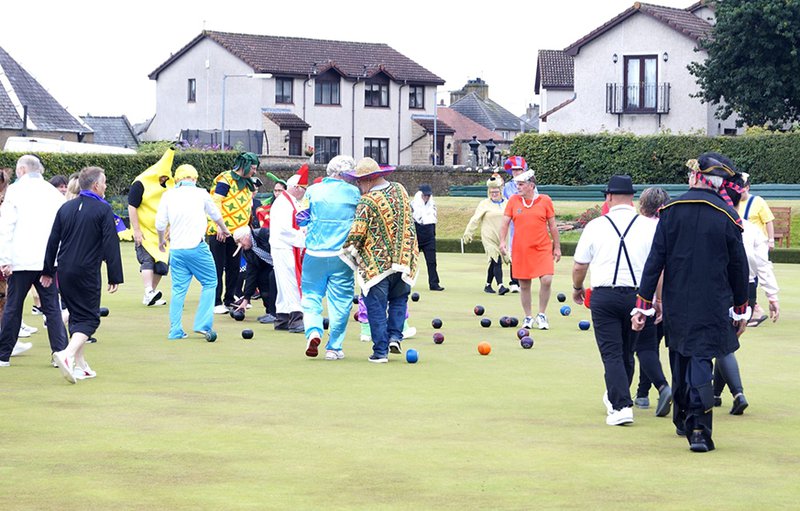 “But there were plenty of quizzes, raffles and auction items to fill the time and later everyone had a meal and enjoyed the evening entertainment, provided by a Freddie Mercury tribute band.

“It was a lovely event and, as well as being bowled over by the amount David and Bridget raised, we were grateful for the opportunity it provided to raise awareness of meningitis and the charity, and explain about the support we’re able to offer to everyone who needs it.”

Bridget and David added: “We’re extremely touched that all our friends and the local community joined us and supported this event, making it such an enjoyable and successful day.”

Many thanks both, for your support.