For that’s the day when our supporter Kathleen Burn has decided to ‘brave the shave’ and publicly shave off her hair.

“I’ve been dying my hair since my teens and it’s currently two-tone purple,” Kathleen, 47, from Stakeford in Northumberland, told us. “It’s getting harder and harder to cover the roots, so I thought, why not get it cut short rather than spend a fortune doing more colours?

“Then I thought again, why not shave it and raise a load of money at the same time?”

She’s chosen to raise funds for us and our fight to defeat meningitis in the UK within a generation to say thank you for her son Stanley’s recovery from meningitis.

Stanley fell ill with meningococcal MenB meningitis and septicaemia in January 2016, aged just 23 months. He spent nearly three weeks in hospital, one of them in an induced coma, and a further two years on antibiotics, along with regular blood tests, scans and extra vaccines, before he got the all-clear.

“Thankfully he has no long-term after-effects so far,” Kathleen added.

“At the time I wasn’t aware of any support available and neither were the hospital. It was only later I discovered Meningitis Now.

“Since then, we've attended a couple of the Family Days and really enjoyed them along with meeting other families that have gone through similar experiences.

“Meningitis Now will always be my choice to fundraise for.” 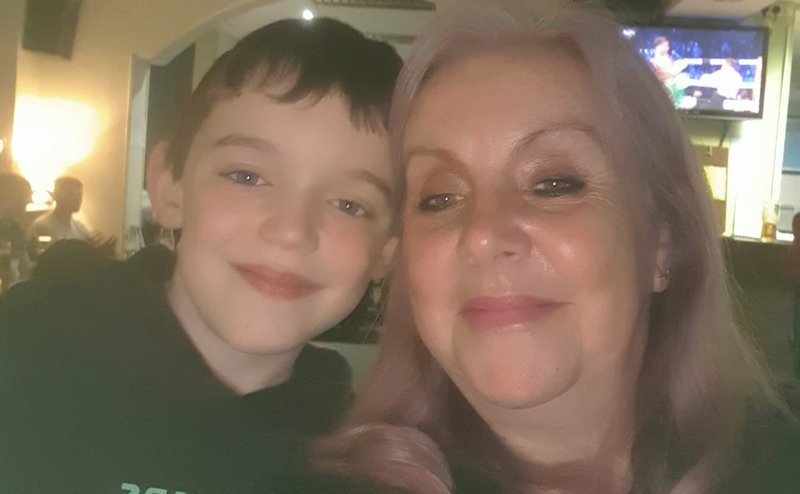 Kathleen had originally wanted to shave her hair when her best friend, who she lost to cancer in 2018, had shaved hers, but at the time she felt Stanley was too young and she didn’t want to scare or upset him.

But now the daredevil supporter – she’s previously undertaken the Tyne Bridge zipwire and an online 50k in 50 days for us – has the unqualified support of family and friends and wants to raise at least £200, but is hoping for more.

“They’re all being very supportive but probably think I’m a little bit mad for doing it,” Kathleen added. “They understand my reasons though.

“The support I got back in 2016 from my family and friends really helped me to get through the worst three weeks of my life. And I’d like to thank the Meningitis Now family too for making us so welcome at both the Family Days and the zipwire event.”

Foster carer Kathleen, who will soon be welcoming a 9-year-old into her family, is undertaking the shave publicly at her local pub – The Cherry Tree, in the appropriately named village of Choppington.

“I’ve chosen to do it there as it’s where we play darts and we're always made to feel welcome.

“Hopefully I’ll raise extra donations by having a public venue. I’ll be videoing it being done too – well one of my friends will.”

Our Fundraising Officer Kat Hollywell said: “We’d like to thank Kathleen for everything she’s doing to fight back against this deadly disease and wish her well with this event. We look forward to seeing the video and before and after photos.”

We’ll bring you the video at a later date, as well as the before and after photos but if, in the meantime, you’d like to sponsor Kathleen you can do so on her fundraising page here.