Fifteen-year-old Ellie Challis has come away with a medal in her first ever international swim meet and shown the world that being a meningitis survivor will not hold her back.

Clacton-based Ellie won a brilliant bronze in the 50m backstroke S3 at the London Aquatics Centre, smashing her PB at the same time. According to dad Paul, this was the last in a string of amazing results from the championships that also included breaking the European record in the butterfly S5 heat. Ellie lost her arms and legs after she contracted meningitis as a 16-month-old baby. But Paul said this has never stopped her.

“I don’t feel like we have lived like a disabled family at all,” he said. “She has always been an absolute joy!”

Paul said about 80 family and friends gathered at the London Aquatics Centre to watch the final, including one of Meningitis Now’s littlest supporter’s Harmonie-Rose - who has formed a close friendship with Ellie.

As well as winning the medal and getting so many great times, Ellie dazzled team members and spectators alike with her positive “can-do” attitude, Paul added. This has made her a great asset to the Para Swim team, where she is one of the youngest swimmers and one of the only ones having to juggle training with school work.

“She’s been so great for the team, so positive and smiley,” he said. “And she was absolutely incredible to watch when she swam."

“She’s just going from strength to strength, getting better every year. In fact, the bigger the event, the bigger she swims: nothing seems to worry her!” 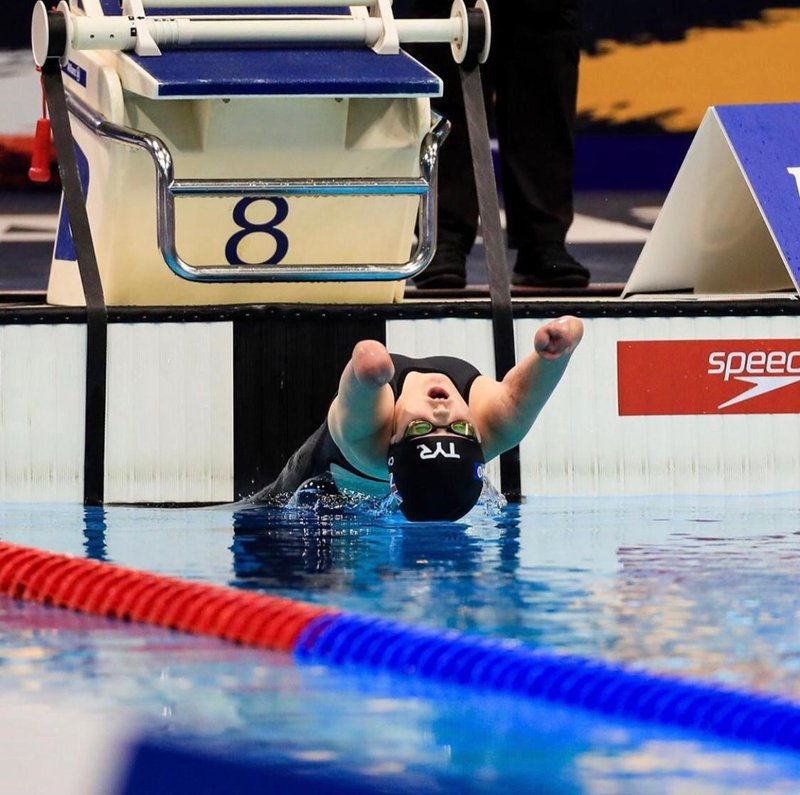 So what next for Ellie? Well there’s the Olympics in Tokyo next year – which Paul said they are hoping she has a great chance of getting called up for. The whole family are on tenterhooks waiting for the decision – but in the meantime it’s back to swim training and to schoolwork for Ellie.

But whatever happens next, everyone at Meningitis Now is immensely proud of you Ellie. Well done!

If you have been inspired by superstar Ellie and would like to fundraise for Meningitis Now, how about getting involved in a swimming event? Find out more about our Splash Now fundraiser.