Professor Moxon, an Emeritus Fellow of Jesus College and former Action Research Professor of Paediatrics at the University of Oxford, has had a long-standing association with Meningitis Now, and dedicated much of his working life to research on meningitis and the development of vaccines to prevent this devastating infection.

His major research interests have been on the pathogenesis and prevention of sepsis and meningitis caused by the bacteria Haemophilus influenzae and Neisseria meningitidis.

He has been awarded The Buchanan Medal 2022 for helping pioneer the field of molecular microbiology; discovering contingency loci in bacteria that facilitate rapid evolution under selection and making key contributions to the development of meningitis vaccines.

The Buchanan Medal is awarded for distinguished contributions to the biomedical sciences. It was created from a fund to the memory of the physician George Buchanan FRS (PDF), former Chief Medical Officer of the UK, and was first awarded in 1897. The medal is of silver gilt, is awarded annually and is accompanied by a gift of £2,000.

Wanted to be a doctor

At a young age, Richard decided that he wanted to be a doctor. He pursued his medical studies at Cambridge and St Thomas’ Hospital (1960-1966). In 1970, an American colleague persuaded him to apply to be a trainee at Boston Children’s Hospital, part of the Harvard Medical School, an experience that shaped his career. For the first time he met clinician scientists pursuing ground-breaking research and decided to extend his stay to do research on infectious diseases of children.

In 1974, Richard was recruited to Johns Hopkins Hospital in Baltimore as Assistant Professor. He worked as a clinical infectious diseases specialist while continuing his research on H. influenzae type b (Hib) meningitis. Working in collaboration with Nobel Laureate, Hamilton Smith, Richard was one of the first to apply molecular genetics to infectious diseases and apply it to clinical practice, vaccine development and public health. In 1979, he became the Head of Paediatric Infectious Diseases Division in the John Hopkins Children’s Centre.

In 1984, Richard and his family moved to Oxford University, where he was appointed as the Professor and Chair of Paediatrics bringing infectious disease expertise in child health to the UK where, at the time, it was a non-existent specialty. Continuing his research, he was asked to be one of the founding scientists of the Institute of Molecular Medicine. During this time, Richard led UK trials of the Hib meningitis vaccine that has been responsible for saving thousands of lives and preventing even more cases of brain damage. He set up the Oxford Vaccine Group (OVG), one of the largest university-based paediatric clinical trials units in the world.

In his laboratory, Richard pioneered the application of genome sequencing into vaccine development, a technology that resulted, through collaboration with US and Italian scientists, in a vaccine against meningococcal meningitis that is now a routine immunisation for infants.

Since his retirement from the Chair of Paediatrics in the Oxford Medical School in 2005, he has continued to be involved in vaccine development, working on scientific advisory committees, teaching in international vaccine courses and mentoring young scientists.

Our supporters may also know him from his book Brain Fever, published last year, which tells the story of meningitis and its prevention by vaccination in a compelling portrait of how science changes lives. 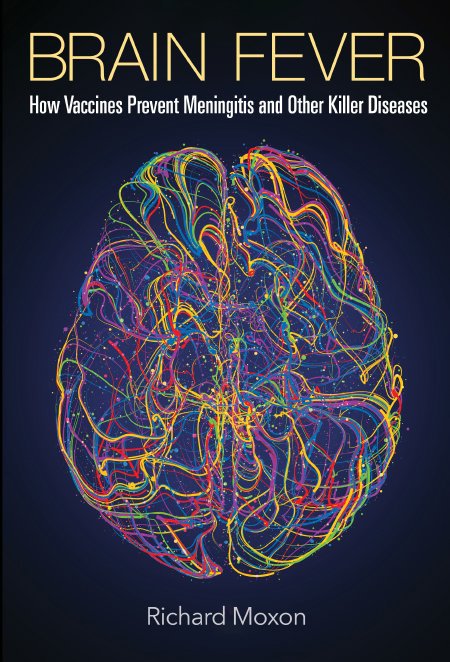 The 250-page book is for non-specialist, informed readers with a broad interest in science and its impact on society. It costs £50 for hardback and £19.99 for paperback from publishers World Scientific Publishing, on their website at www.worldscientific.com.

Generously, Professor Moxon has donated Royalties from the book to ourselves and the Meningitis Research Foundation towards our ongoing work to beat meningitis.

Our chief executive, Dr Tom Nutt, said: “On behalf of Meningitis Now and our wider family of supporters I’d like to congratulate Richard on this very well-deserved and prestigious award. It recognises his invaluable contribution to the field of vaccines to prevent meningitis over a long and influential career, and also helps to raise awareness of the disease and the ongoing fight to beat it with his peers at The Royal Society as well as the wider public.

“Well done Richard and keep up the great work.”