Joe Murray, Jacob Revell and Hamish Kidd, all aged 20, from Norwich, will be raising money for us from their challenge.

Put down to a hangover

“Ollie had had a very late night on the Friday and woke up Saturday morning feeling terrible, which he and all his friends put down to having a hangover,” JoJo said. “Ollie was sick and took some painkillers and then tried to get some sleep, thinking he would feel better in the afternoon. Four hours later Ollie was found. He was purple and unable to breathe or feel his legs.”

Ollie was transferred by helicopter to Norwich Hospital and put into a coma, but most of his organs had already failed and he died later that evening.

“My message to parents is please ensure you get your children vaccinated,” JoJo added.The three adventurers set off on their challenge at the beginning of August and are looking to raise £2,000. They’ve paid for the trip themselves and all money raised – so far over £1,000 – will be split between us and Cool Earth, an organisation working to prevent deforestation and climate change.

“It’s a daunting prospect to set off across India in what is little more than a glorified lawnmower,” Joe said, “but we’re all really looking forward to it and we’re sure the highs will outweigh the lows. It will be an amazing experience and if we can raise some money for these two fantastic causes that will be even better.” 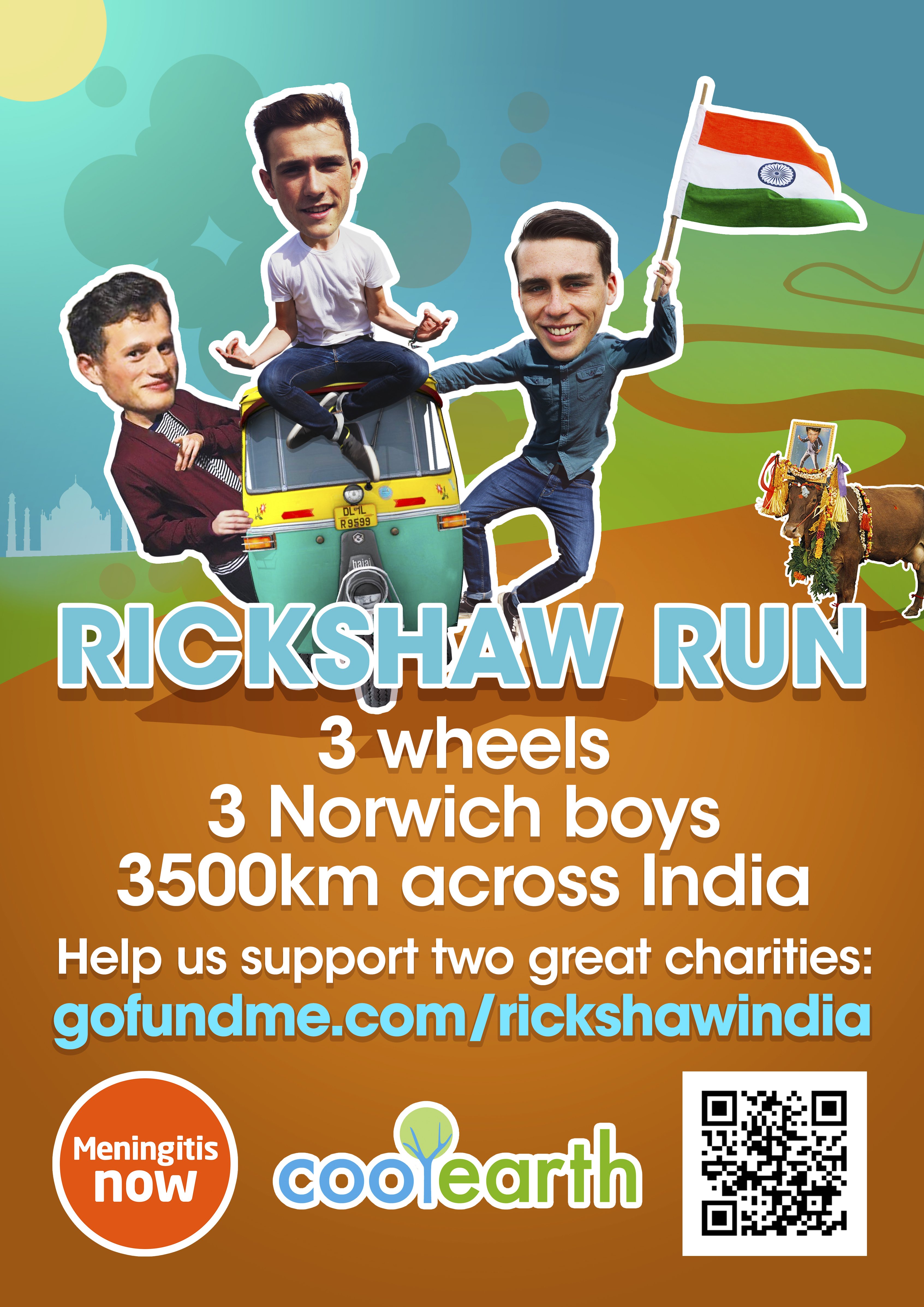