As A-level results are announced and thousands of young people contemplate their future, we’re concerned that the combination of new-found social freedoms, the desire of young people to mix in large groups and a move to campus-based accommodation for students present the ideal opportunity for infectious diseases to spread, putting young people at a higher risk of meningococcal meningitis and septicaemia.

We’re calling on young people to carefully consider their actions if they or any of their friends fall ill. In particular, Government advice to self-isolate if Covid-19 is suspected could have the worst possible consequences if the illness is not Covid-19 but meningitis or septicaemia.

One person who knows, only too well, the consequences of making the wrong assumption is 26-year-old Londoner Nick Gilbert, who is spearheading our awareness campaign.

In 2018, Nick felt under the weather, but assumed he didn’t have anything serious. After resting overnight, he went about his business the next day and even went on a date.

But just 24 hours after first feeling ill, Nick collapsed, vomiting in a busy central London street. His symptoms were mistakenly assumed to be drunkenness by the many people who saw him. Fortunately for Nick, a young woman passer-by helped him to hospital, where his meningitis was diagnosed. Nick went on to make a good recovery.

Outcome could have been different

“I dread to think how the outcome could have been different if I’d just gone home and shut myself away from everybody,” Nick said. “It’s vital that anybody who feels ill does not automatically assume it’s Covid-19. 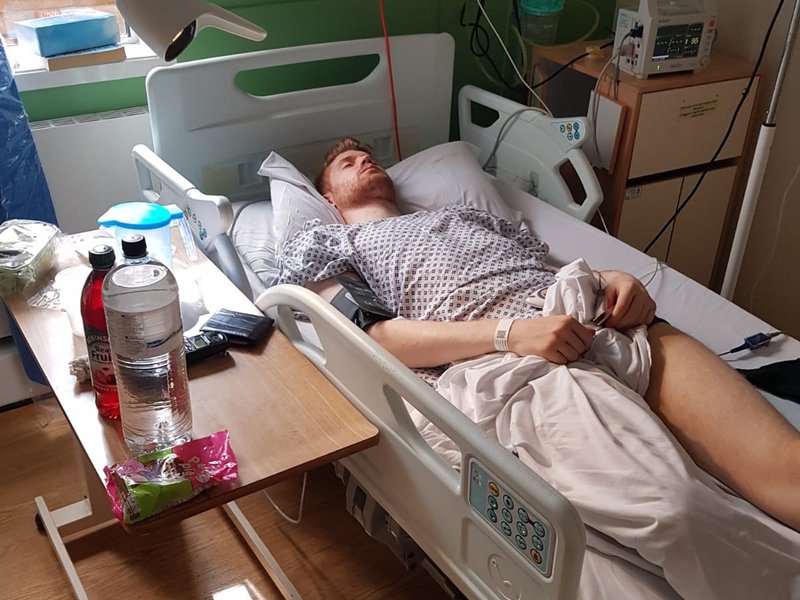 “Learn the signs and symptoms of meningitis and septicaemia. Let someone know if you are feeling unwell. If you are concerned about yourself or a friend, trust your instincts and get urgent medical advice. Call NHS 111 or in an emergency, dial 999.”

Ryan Bresnahan wasn’t so lucky, His mum, Michelle, who set up the Bristol-based charity a Life for a Cure following Ryan’s death from meningitis in 2010, has been campaigning tirelessly to raise awareness of the symptoms of the disease and funds for research.

Ryan was a fit and healthy 16-year-old when he was tragically struck down by MenB within an hour of first feeling ill.

Michelle said: “I know only too well how devastating this disease can be and have seen the worst it can do, destroying young lives and tearing apart those who remain. No-one should be left counting the cost of making the wrong assumption – meningitis can affect anyone at any time but we need to highlight that teenagers and young people are the second most at risk group of contracting the disease, after babies and toddlers.”

Half a million unvaccinated

Our chief executive, Dr Tom Nutt, said: “Research has shown that up to a quarter of 15 to 24-year-olds carry the bacteria that cause meningococcal meningitis and septicaemia in the back of their throats, compared to one in 10 of the general population.

“Whilst many young people will have been vaccinated against MenACWY - which protects against four strains of meningococcal meningitis - at school, we estimate that up to half a million under-25s may have missed this important vaccination. And very few will have been vaccinated against MenB, which is the strain that causes the most cases of bacterial meningitis in the UK.

“Common complaints such as a hangover and Freshers Flu are often given as reasons for a person not feeling too well – but we are asking young people not to simply assume this is the case. A headache and fever are also common signs of meningitis, which is why it is so important that if young people feel unwell, they should not jump to what seems the obvious conclusion – Covid-19 or just a hangover!”

We’re offering a free information pack for parents and students, including leaflets, signs and symptoms cards and fridge magnets – all of which contain lifesaving information.

Learn the signs and symptoms.

Order a signs and symptoms card.

Request an off to uni parent pack.