Mobile and salon based hairdresser Sophia Avery, 26, from Goldhanger in Maldon, will donate £3 to us from every customer she sees to help our fight to eradicate the disease.

Sophia’s son Taylor, now nearly seven, had meningitis as a baby and Sophia is determined to raise awareness and funds to help fight the disease.

“We are so lucky and extremely happy that Taylor is alive and well and has survived meningitis. He still suffers from the after-effects of meningitis, such as learning difficulties, concentration and memory issues."

“I really want to raise awareness of meningitis and its after-effects and help to donate as much as I can, to help the charity with its research and help other parents and children.”

Taylor was left fighting for his life when he was born in St John’s Hospital in Chelmsford in 2008.

Prepare for the worst

“Midwives rushed him off, saying he needed to see a doctor quickly."

“After an hour they took me to the neonatal ward – my baby was puffed out all over his body with tubes everywhere – hands, feet, belly button, a vent helping him breathe."

“Doctors told me to prepare for the worst. They tried for over 12 hours to get him stable; he was fighting for his life.”

Thanks to our support and one-to-one teaching at Taylor’s new school he is now making progress in school and life.

Sophia added: “Taylor is my miracle and every birthday is a reminder of how amazing my son really is.”

Keepsakes and a walk

The family’s fundraising to fight meningitis does not stop with Sophia’s stylish snips though. She is also planning a children’s sponsored walk this summer and her husband Paul makes keepsake metal memorials, with a donation coming to us for each one sold. 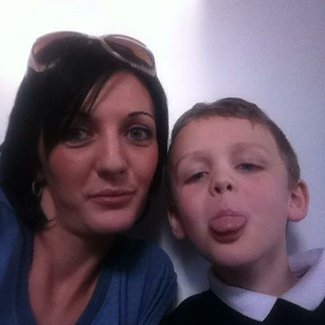 Thousands of families like Taylors are affected by meningitis every year, changing their lives forever. Help us support them and start your fundraising today. Find out more