It’s a colourful, inspiring and moving sight, but for some runners the London Marathon, if far from being a walk in the park, pales when set alongside the challenge of more extreme marathons.

Take, for example, our supporter Kim Lo, who is just back from completing the Inca Trail Marathon, apparently the most difficult in the world.

The marathon follows the original pilgrimage trail that leads into the religious capital of the Inca Empire, the legendary “Lost city of the Incas” - Machu Picchu. The run is strenuous over mountain terrain at altitudes ranging from 8,000 to 13,779 feet.

The cumulative elevation gain is conservatively calculated to be over 10,400 feet, and the elevation loss over 11,000 feet. The elevation gain/loss is like running up and down the stairs of the Empire State Building 10 times – at an altitude as high as 13,800 feet!

Lost her toes to meningitis

And what is all the more remarkable is that Kim does all this having lost her toes to meningitis as a teenager. Read her story here.

So, it seems appropriate to share her story for World Meningitis Day this Wednesday (5 October), which this year has the theme Race to Defeat Meningitis.

Kim says: “I'm raising money for Meningitis Now in memory of Alexis Rose, the daughter of Alan Glynn - an amazing fundraiser and awareness campaigner for the disease that stole my toes, but much more devastatingly took away his daughter."

And because, as she says on her JustGiving page, “Because life is too short not to and I'm a nutter!”

Kim set herself a fundraising target of £750 and has smashed this, raising so far over £920 towards our lifesaving and life-changing work. If you’d like to support Kim her fundraising page is here. 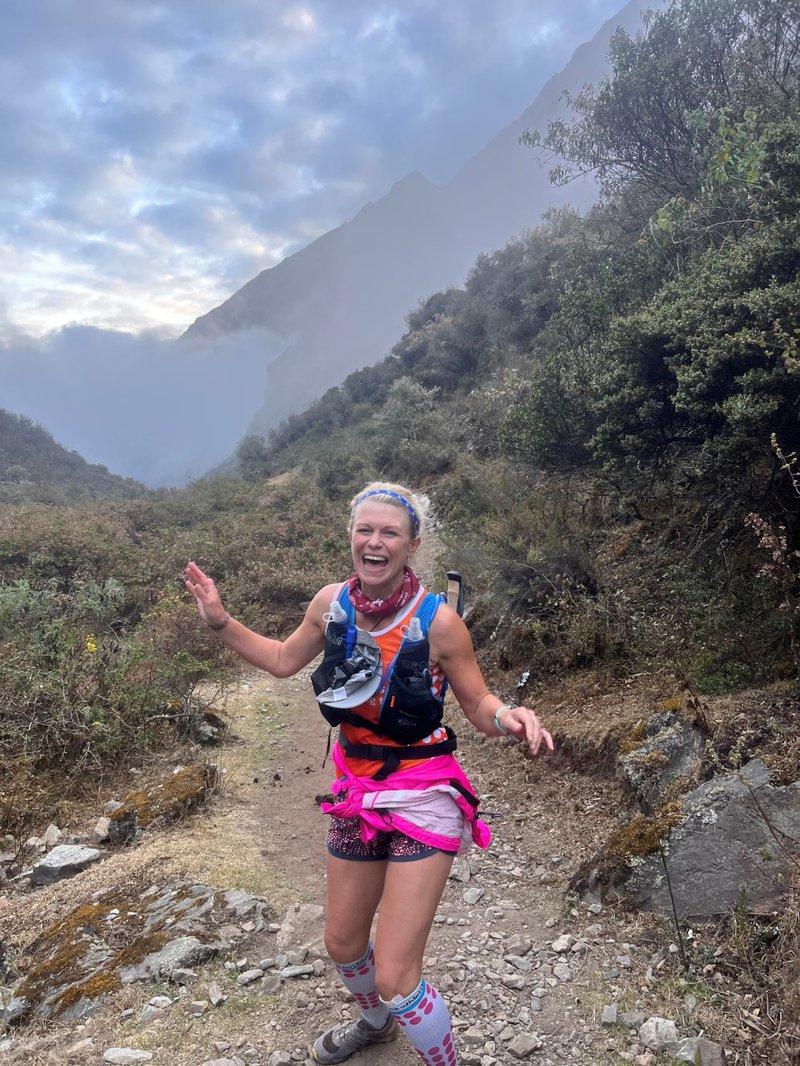 Race I’ve always wanted to do

Kim told us “This is the race I’ve always wanted to do. The toughest time I’ve spent on my feet. The most incredible views and people.

"We started at 4am from our beautiful camp. The first 10 miles were runable even though it was up to Chakrachay at 3,650m and down again (ascent in the dark) to Wayllabamba at 2,940m.

“Then it was the four-mile hard slog up to Dead Woman’s Pass at 4,210m. My heart was beating so hard in the altitude. The descents and rises to Winay Wayna at 2,680m after that were technical after the rain that then came. Thankfully I had poles but my rubbish downhill feet were protesting. I was also joined by Gerald from our group who had caught me up and then ran with me after the rain thankfully as I think it would have been pretty scary alone. 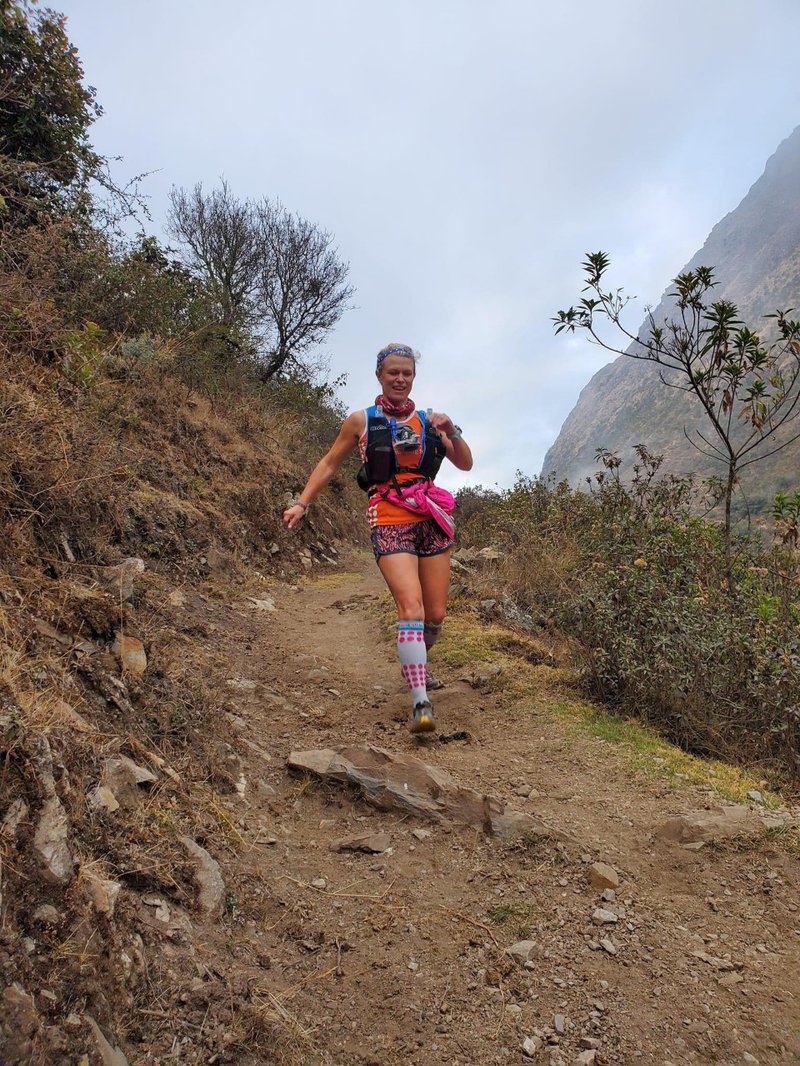 “Some of the cliff drop offs were really something. We made the time cut off easily to allow us to continue up to the Sun Gate and finally finish at the tear-inducing Machu Picchu at 2,470m.

“I’d been on my feet for 11.45 hours, the longest for any race and my personal worst for a marathon.

“But what a marathon. I finished first female in our ‘race’ and seventh joint with Gerald overall, but it wasn’t just about racing, it was about finishing and experiencing a trail that most people take three to four days to hike, in one run.

“Amazing credit to the porters who run up and down this trail with huge packs on their back like it’s a running track. And all the hikers along the trail who cheered us on.”

“Tupananchiskama (until next time) Peru, you have been incredible. What an adventure.”

Now Kim is keen to encourage others to follow their dream. “If you have a dream that both terrifies you and excites you – go do it, see the world, see how other people live, what they eat, their traditions and beliefs – it feeds the soul, and makes you feel both humble and grateful.”

“Thank you to everyone who sponsored me, I really appreciate it. Apparently I’m supposed to have a rest now. But this was truly the marathon of a lifetime.”

Congratulating Kim! Our Fundraising Officer Claire Ellis said: “What an amazing achievement and thank you so much for the support Kim – we can’t wait to hear what your next running challenge is going to be. What a fabulous way to raise awareness of meningitis and funds to fight back against it, as well as showing those who may be struggling with their own meningitis journey just what is possible.”