Some two years after their intended wedding day, these two wonderful people tied the knot in a beautiful ceremony held in Lancashire last weekend – 21 May 2022.

Jacob will, of course, be known to many of you, but for those who don’t know him, he is an ex-Young Ambassador and now a Community Ambassador for Meningitis Now, having lost both his legs to meningitis in 2015 (find out more here).

I first met Jacob and his then girlfriend Summer in 2015, when they agreed to help the charity educate other young people about the perils of this dreadful and life-threatening disease.

Jacob featured in the charity’s campaign materials, some of which were designed by Summer, a budding graphic designer at the time. He went on to play a critical part in raising awareness of meningitis, undertaking many press, TV and radio interviews.

This inspirational young man also featured in the charity’s award-winning garden at the world-renowned Chelsea Flower Show, along with four other young people – all of whom had suffered at the hands of this disease.

Taking the form of five wooden statues, the garden and their stories won the hearts of visitors and picked up the People’s Choice Award along with a Silver Gilt medal. The statues can be seen in our Remembrance Garden in Stroud.

Seven years on and the second time of trying, thanks to Covid, the couple are married in what was an intimate and very personal ceremony amongst family and friends, who included the lovely Rosie Heaton and Charlotte Hannibal – close colleagues and friends of Jacob both today and during their time as fellow Young Ambassadors. 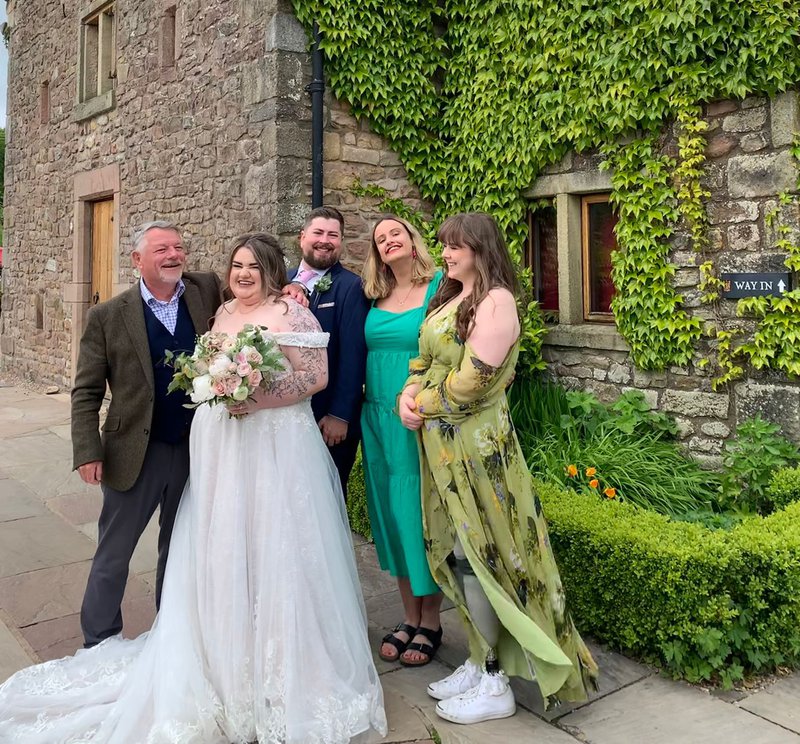 Having worked closely with Jacob, I know all too well his tough demeanour and matter-of-fact attitude to life, so it was lovely to see a softer Jacob, a more romantic Jacob and a young man clearly in love with his life partner, Summer.

The Violet Fane poem goes on to say, ‘...those who have the strength to watch and wait, our longings spur the steeds of Fate’.

Mark Hunt is a former Communications Director at Meningitis Now.