Lesley, with support from new husband Jeff, plus his brother Jon and Jon’s wife Rachel, are taking part in the London Winter Walk this month and hope to raise money as well as awareness about the disease.

In particular, said Lesley, she wanted to make people aware that adults can get meningitis too as Kevin was 50 years old when he died.

The walk takes place on Sunday 19 January and is broken into two parts so you can choose to do either a half or full marathon. Lesley said they would be taking on the 21k “Eastern loop”, which starts at the Oval and winds its way past many iconic sites such as Tower Bridge.

Lesley’s husband Kevin Leaver, who had spent his career teaching at St Mary’s Menston school in West Yorkshire, died on 7 January 2000. At the time their elder daughter Claire had just finished her first term at university and their younger daughter Laura was months away from her GCSEs.

“The first year was, to put it bluntly, horrendous,” said Lesley. “Kevin had taught at the same school all his teaching career and he was by anyone’s standards an exceptional teacher."

“The school took over the funeral arrangements as hundreds were expected to attend. Just as well as I didn’t know where to begin. I was a complete wreck.”

You can read Kevin’s story here, but Lesley said it was notable how much support he was still getting from the ex-pupils at the school where he taught all those years ago – many who were now approaching their forties and with children of their own.

“Many of the people supporting us are people who knew him when he taught. He was an incredibly popular teacher, he was described as the real heart of the school.” 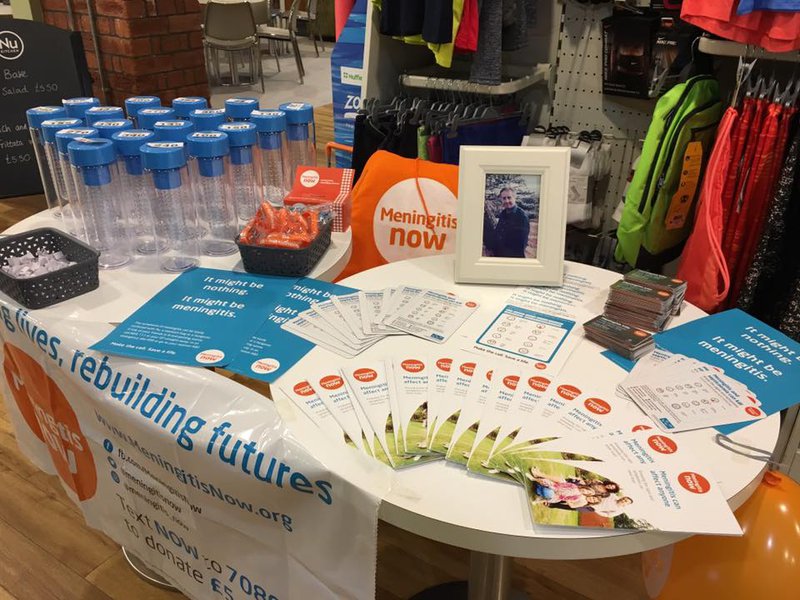 Lesley said she was looking forward to the walk, which they had chosen as London was Kevin’s home city as he was born in the borough of Brentford.

“I am a walker but this is going to be a bit different as I am used to walking in the dales on soft ground while this will all be on hard ground!” she said.

“So I am trying to strengthen myself ready for this. We think it’ll take us about five hours but luckily there will be some stops along the way!”

To support Lesley on her walk please visit her fundraising page.