Luckily, he spoke to a pharmacist when he went to pick up some medication, who advised him to go straight to A&E. Arriving at hospital, Mike collapsed – and was diagnosed with meningitis.

Seventeen years later and Mike has had to get used to a very different life to the one he lived before he fell ill. Both his legs were amputated and he now uses prosthetic limbs.

But none of this will stop him from cheering on his partner Shelley Harford, when she runs in the London Landmarks Half Marathon next year to raise funds for Meningitis Now.

Mike, from Bournemouth, was 33 when he fell ill.

“I first started to feel ill the night before,” he said.

“The following morning I was really sick and my wife took me to the GP at 8.30am – but she put it down to flu-like symptoms and sent me home."

“My wife wasn’t happy with what she heard but went to the local chemist as instructed. She described the symptoms to the chemist and he said to get me to the hospital NOW.”

After he collapsed at the hospital, Mike was put into an induced coma for three weeks. He said his family were told to say goodbye to him on three different occasions.

“They didn’t think I would pull through,” he added. “I did however pull through but my legs were shot to pieces, and three fingers on my right hand too."

“After many weeks of rehab the decision was taken to remove both legs below the knees and the tips of the fingers."

“The total time in hospital was six months”.

As Mike knows, meningitis can be a devastating disease – and this is one of the things that inspired Shelley to raise funds to try and prevent others going through what her partner has had to cope with.

“I graduated from the Couch to 5K in September 2018, and started running with a group of girlies including running a parkrun most Saturday mornings,” she said. 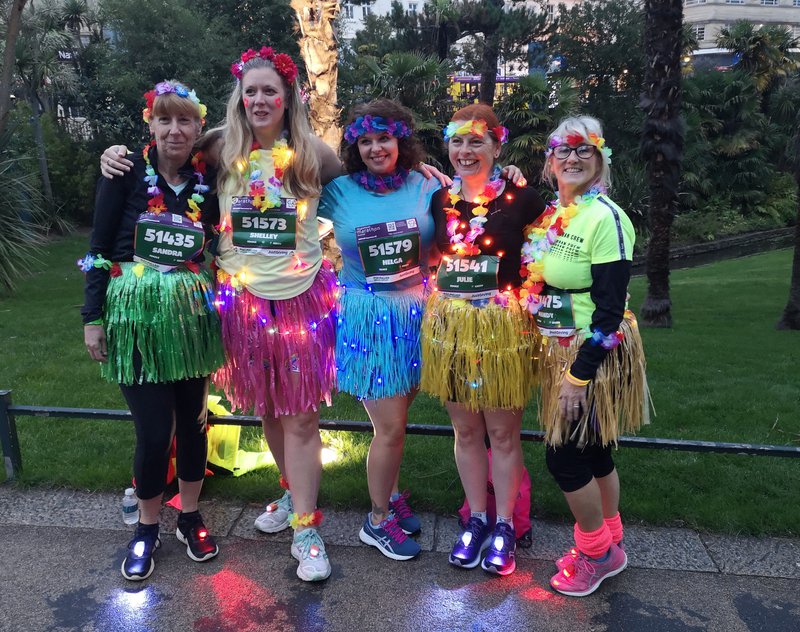 “I entered a few 5/10k races and started to get a buzz for the medals. Then one evening Mike said, "Why not push your boundaries and do a half?" – I laughed!”

But then she “somehow” saw the medal for the London Landmarks Half Marathon and thought, “Oooh, that’s nice…”

She also said there was only one charity she could do it for – Meningitis Now.

“The winter nights make it harder but I’m trying to do my best to get out three times a week – although the real training starts in January."

“I’m very excited and can’t wait to wear my Meningitis Now t-shirt on the day – although I know that I will be an emotional mess when I cross the finish line!”

Good luck Shelley – I am sure Mike will be cheering you on from the sidelines, and the Meningitis Now Team Tangerine will ready to welcome you home at the finish line.

To sponsor Shelley please visit her Go Fund me page.