Lumiere, Love Halle will remember 19-year-old dance-loving Halle who died following a night out in Liverpool on 26 January 2019.

According to Heather, the event will take people on a journey through Halle’s life, starting with a family rave in the morning to mark her time as a toddler, through her teenage years, some “old school tunes” in the late afternoon and ending up with a late night event called “Love Halle After Dark”.

Participants are invited to join the event on 26 January in District, Liverpool, at whichever point of the day or night they like. The only rule is to “dance like Halle always did,” and money raised will go to Meningitis Now, Rescue Me Animal Sanctuary and Liverpool bereavement support charity, Love, Jasmine.

Halle was an English student at Edge Hill University in Liverpool when she fell ill while on a night out with her fiancé Eddie Rooney in January last year.

Mum Heather said Halle had been feeling okay over the weekend but that evening she suddenly fell ill and was taken to hospital.

“I had a call from Halle’s phone, but it was the paramedic to tell me to get to the hospital as quick as I could,” she said.

“By the time we arrived Halle was so poorly and was being on worked on by doctors giving her CPR.”

According to Heather, Halle had two heart attacks and never regained consciousness. An inquest last March ruled that she died of Group A streptococcal septicaemia, which caused her to contract meningitis.

“We went up to ICU and Halle was rigged up to all sorts of machines,” she added. “For 12 hours we sat around the bed with her and we had to make the decision to turn the machines off as she wasn’t responding to anything that the hospital tried."

“We have all been left heartbroken and life will never be the same for us. We try to carry her with us on our journey, trying to do things as a family and remember her while also raising vital funds for the charities that have helped us.” 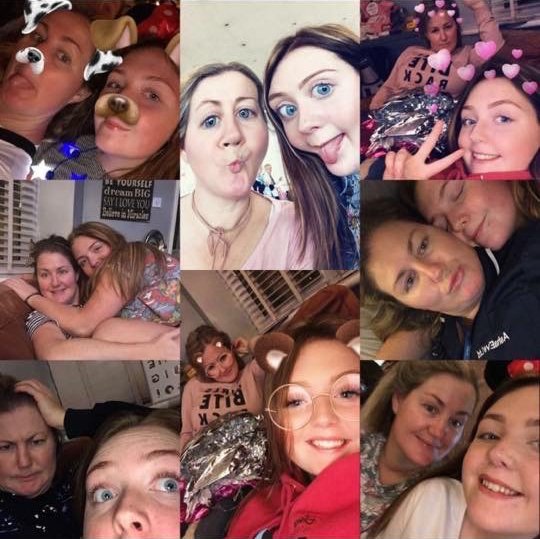 Meningitis Now’s CEO Tom Nutt said that while meningitis was a rare disease, it could be devastating when it hits – as Halle’s case showed.

“This is a heartbreaking tale, although one we are familiar with at Meningitis Now where we deal with cases of meningitis every day."

“Luckily it is still a rare disease but when it hits, it can hit very fast and very hard. This is why we always urge people to know the signs and symptoms of the disease."

“This is especially true of students like Halle as they are one of the most at-risk groups for meningitis."

“In the meantime though it’s lovely to see this wonderful celebration of Halle’s life at what sounds like a really amazing event – I hope it goes well and as many people as possible come together to support Halle’s family and remember her tragically short life”.