The honorary title was awarded to the charity policy and campaign director following the outstanding work she has done for disabled people in the UK.

Helen lost both legs above the knee and her hands when she contracted meningococcal septicaemia on Christmas Day in 1997, aged 22.

“When I fell ill I was misdiagnosed by two different doctors - one thought I had flu and the other food poisoning", recalls Helen.

“At the time I was one of the first to survive with such devastating injuries. As well as losing my limbs I suffered terrible internal injuries and had numerous skin grafts.

“If my story can raise awareness about meningitis, its symptoms and the support Meningitis Now offer, preventing just one other person from going through this terrible disease I'd be absolutely delighted.”

Helen spent months in hospital, unable to even leave her room, before returning home to recover from this devastating disease.

Following this period of her life, Helen’s achievements have been phenomenal, from studying a law degree to winning a parking award for her advancing parking knowledge and most recently her MBE title.

There are an estimated 3,200 cases of bacterial meningitis and septicaemia in the UK every year. One in ten of these cases result in death and, of those that survive, one third will be left with life changing after-effects, such as brain damage, hearing loss or, where septicaemia has occurred, limb loss. Meningitis still kills more children under 5 in the UK than any other infectious disease.

Meningitis Now CEO Sue Davie says, “What Helen has accomplished and the way she has rebuilt her life after meningitis is incredible. Her story is a so encouraging and motivating for anyone suffering the after-effects of the disease, highlighting that, with the right support, there is light at the end of the tunnel.

“At Meningitis Now we want everyone affected by meningitis to know that there is help available and we are here to support them in whatever way we can for as long as they need us.” 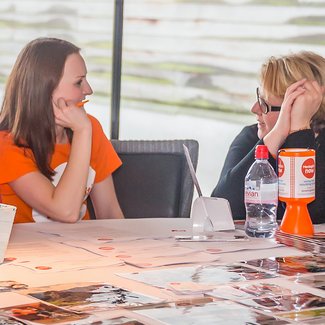