But eleven years after his near death experience he not only bagged the three mountains over one weekend, he raised an amazing £1,000 for Meningitis Now at the same time.

Nick, who is a post-doctoral research associate in chemistry, took part in Meningitis Now’s Three Peaks Challenge in June. The event took a group of supporters up Snowdon, Scafell Pike and Ben Nevis over the course of one thrilling weekend and Nick was joined on the adventure by younger sister Johanna.

Aged just 17, Nick had just finished his AS levels in June 2008 when he became severely ill at home with fever, muscle aches, and photosensitivity. He recalls that his parents returned home in the evening to find him in a “confused and semi-responsive” state – and immediately rang 999. He was living in Suffolk at the time and was taken to hospital in Bury St Edmunds with suspected meningitis.

Nick said he has no memory of what happened next but that his parents described the events that followed. “On arrival at the hospital, I was put into a medically induced coma and hooked up to a life support machine,” he said.

“My parents were told I had suspected meningococcal septicaemia and that I was critically ill. The doctors worked through the night to stabilise me and allow me to be transferred to a bigger hospital”. 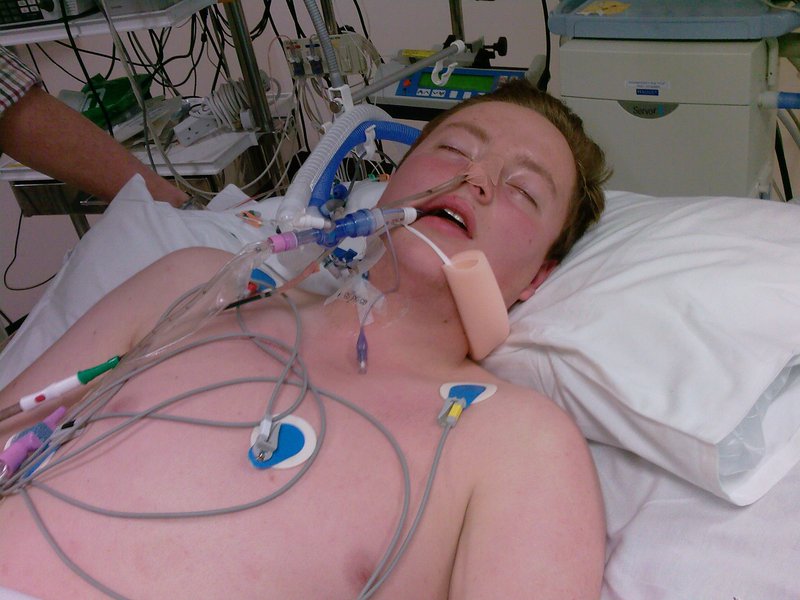 The next 48 hours were incredibly stressful for Nick’s parents – who told him they went through a “roller coaster of emotions not knowing what the future would hold”. But luckily he improved enough for the coma to be reversed and when Nick got to the point when he was well enough to shout at his sister they knew he was on the mend!

Nick’s recovery was rapid and just 47 days after leaving hospital he had tackled his “rehabilitation goal” of climbing Helvellyn in the Lake District, summiting via the famous Striding Edge and Swirral Edge routes.

A decade on, he still hadn’t got the climbing bug out of his system and so the Three Peaks Challenge seemed like the perfect way to mark his long term recovery.

“The Three Peaks Challenge was absolutely amazing,” he said. “It was one of the most difficult challenges that I have faced both in terms of its physicality and the mental determination required to succeed."

“Summiting all three peaks in such a short space of time was an amazing feeling, but personally nothing can beat ascending Scafell Pike through boulder fields during the pitch black of night.” 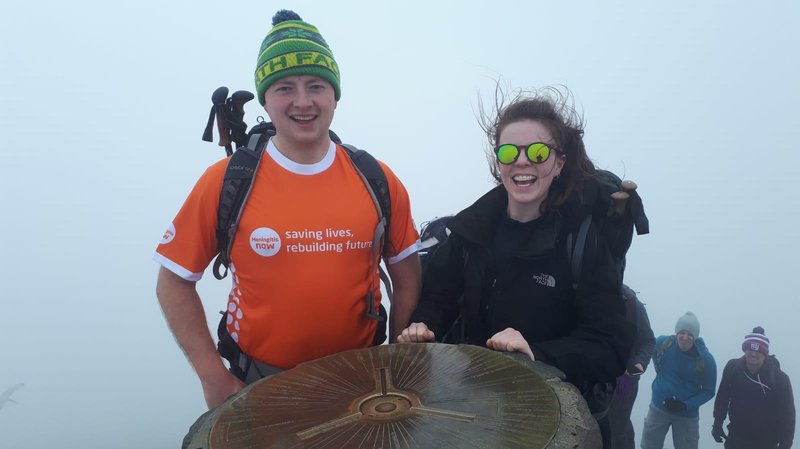 He said that the other people on the challenge were incredibly supportive and that one of the highlights had been the willingness to help each other and share stories about their meningitis experiences.

“The Meningitis Now team from top to bottom were nothing short of exceptional,” he added.

“From support at sign up to help with fundraising and during the event itself, their assistance was remarkable. I can not recommend this challenge highly enough – I might even sign up again next year!”.

Fancy taking on the challenge for yourself? Find out more about Meningitis Now’s Three Peaks Challenge 2020 here.