We’re delighted to have been able to meet up with so many of you at these over the last couple of weeks and we’d like to say a huge thank you to everyone who came along and all the many performers who helped make both concerts such special occasions.

First up was our concert in the magnificent surroundings of Gloucester Cathedral on Friday 2 December. Once again, the space was dominated by our Christmas tree adorned with white ribbons in remembrance of loved ones lost to meningitis.

Our chief executive Tom Nutt said: “Lots of people made a point of commenting to me how good the concert was. Our three choirs excelled, with Highnam’s calypso-style proving entertainingly good, whilst Soundabout left everyone feeling moved and uplifted. Rock Choir – all 150 of them – filled the space in more ways than one!

Contributed enormously to a memorable evening

“They all contributed enormously to a memorable evening, as did Annette Bailey, who gave the appeal on the evening and spoke powerfully about the loss of her ‘pure of heart’ son Daniel.”

“It was also good to see the Hull family, who featured in this year’s Ribbon Appeal who travelled a long way to be with us on the evening.”

The evening was expertly compered by Dominic Cotter from BBC Radio Gloucestershire and we’re grateful to him for his commitment, time and support.

Then it was on to St Paul’s Church in Covent Garden for our London concert on Monday 12 December. 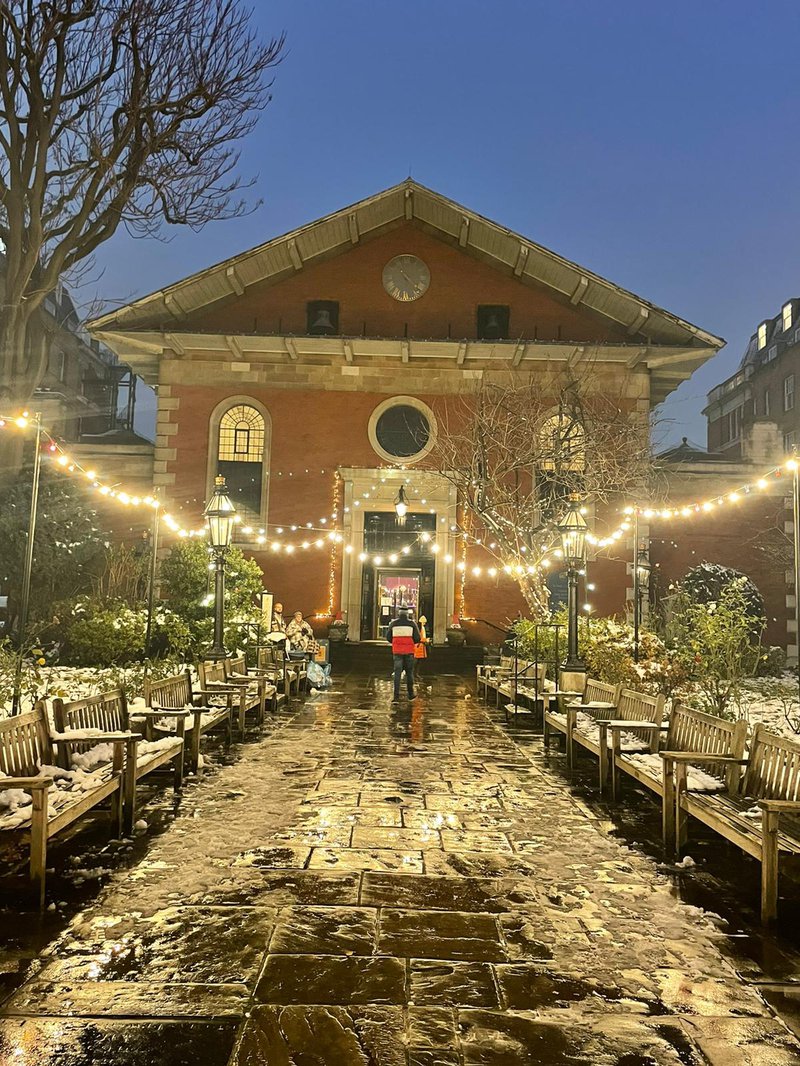 Thank you speakers and performers

Among the speakers and performers at our London event we’d particularly like to say thank you to our Celebrity Ambassador and Harlequins and England Red Roses rugby international Rosie Galligan, who gave a reading. Rosie has also kindly donated the shirt she wore for the recent women’s rugby world cup final to us to raffle off.

We’d also like to say a huge thank you to presenter, actress, singer and model and our super supporter Tilly Lockey. Tilly entertained the audience by singing One More Sleep by Leona Lewis, Somewhere only we know by Keane and When Christmas Comes to Town from the film The Polar Express.

Also contributing immensely to the evening were Kit Bromovsky, who spoke movingly about her father’s meningitis story and community volunteer and peer mentor Lucy Skoulding, who read a poem written in memory of her cousin Emily Styles by her mother Julia.

The whole event was, as always, expertly presided over by our president Andrew Harvey.

Thank you again to everyone who took part in either concert and those who came along on the evenings. We look forward to seeing you again next year. Meanwhile, on behalf of everyone at Meningitis Now, we wish you a peaceful and restful Christmas.