Joining in with our New Year New You campaign, Louise Greer and Keira Wheeler-Clayton completed their challenge at the gym – proving that even poor weather is no excuse not to get involved.

Jog On Meningitis is Meningitis Now’s unique challenge for supporters who don’t want to take part in an organised event but prefer to do things in their own time. All you need to do is complete 50k in 50 days, and that can be jogging, sprinting, walking or even hopping if that’s what you want to do! The beauty of the challenge is that you get to set the rules.

Louise had meningitis as a toddler, which resulted in her having both her legs amputated at the knees, as well as part of her left arm and part of her fingers on the right. Keira lost her brother to meningitis in 1992, before she was born. They have both been involved with Meningitis Now and are both Young Ambassadors, which is how they met.

“I first met Keira at the Meningitis Now Young Ambassador’s Day at Head Office in Stroud and soon realised that we went to the same gym,” said Louise.

“I signed up to Jog On first, then asked Keira to join me.” 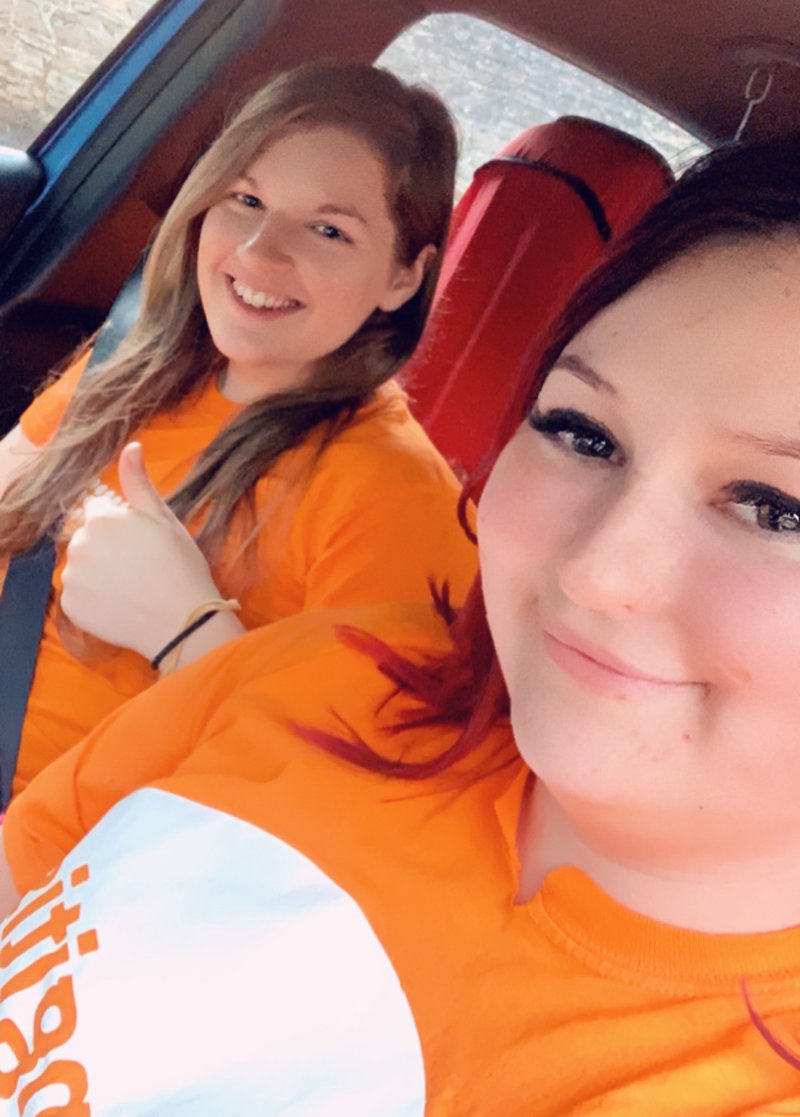 The pair decided that the best place to do the challenge was at the gym where they were both members.

“I used my phone to count my steps which we did in the gym on the treadmill - the treadmill also gave us a rough estimate of how far we had walked each time,” added Louise.

“I go to the gym every day so it only took me 23 days to complete, and I thought it went really well!”

Louise thought she would only make about £50 but she’s already topped this and between her and Keira, they’ve raised an amazing £100. But the fundraising wasn’t the only reason for taking part.

“It really motivated us to get out together and get out to the gym,” said Louise. “I’d definitely recommend it to other as it really was motivational. If you’re not sure, my advice would be - just do it! It may seem hard to start, but after you won’t want to stop!"

Meningitis Now Community Fundraiser Kat Hollywell said Jog On Meningitis was a great way for people who wanted to get involved in New Year New You but didn’t want to commit to taking on one of the big challenges.

“We know many of our supporters don’t have the time or fitness to take on something like the Three Peaks Challenge or Great North Run but would still like to be involved – this is the perfect opportunity."

“Some people might complete the challenge in two runs straight, others might do a bit every day. But whichever way you chose to do it, the fundraising team here at Meningitis Now will support you every step of the way!”

Visit our Jog On Meningitis page to find out more and sign up.