Megan’s latest single, ‘One More Time’, was released on Monday 2 August in memory of Cameron Tyler, who was just 10 when he lost his life to meningitis four years ago. It has already charted at number 3 in the iTunes country charts.

Megan said: “Cameron’s family are personal friends of ours and my mother and I wrote this song as words of consolation when Cameron passed.

“I decided to record the song to create more awareness of the losses we suffer due to this horrible illness.”

‘One More Time’ is Megan’s second solo release, The country singer, from Coedpoeth in North Wales, who is just three weeks away from her 18th birthday, saw her first single ‘Humble your Heart’ come out in March and reach number 1 in the UK country iTunes chart.

“’One More Time’ is very special to me,” Megan added. “It’s very hard to know what to say to someone who has lost a child and somehow this song sums it up.

“I hope that we can honour Cameron’s memory with this song and perhaps make people more aware of your cause.”

‘One More Time’, is available to stream on Spotify and Apple Music and can be downloaded on most download apps and streaming platforms. 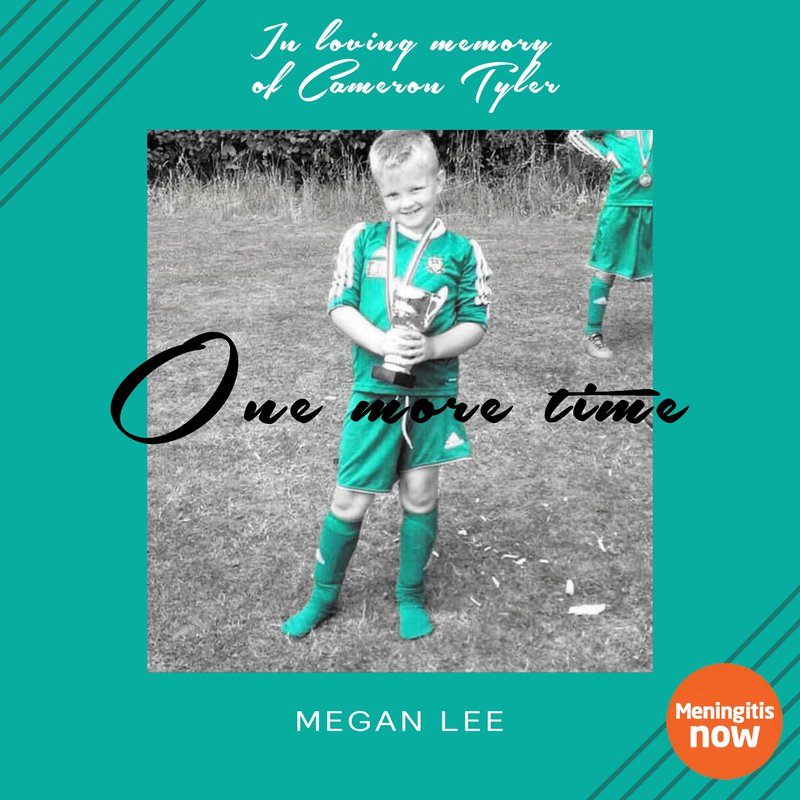 Hailing from a village community in North Wales, where song is part of everyday life, Megan has been a professional working musician since she was 11. She plays many instruments, including guitar, banjo, mandolin and piano and is inspired by the likes of Emmylou Harris and the Dixie Chicks.

She has toured as lead singer of her family band Blue Genes for the last six years and together they have released a number of singles and two EPs. Now she’s branching out and starting a solo singer/songwriter career.

Megan added: “The money made from downloading now is next to nothing but we’d like to encourage people to listen to the song and donate for themselves, so that more donations reach you!”

If you’d like to donate you can do so here.

Thanks so much for the support Megan and your beautiful tribute and good luck in your musical career.