Take, for example, this fabulous hand-crocheted blanket, lovingly created by Pauline Skinner-Gibson in memory of her daughter Kimberley, who she lost to meningitis some 31 years ago.

Pauline has donated this beautiful covering to us and we plan to raffle it off later in the year to raise funds towards our ongoing work to defeat meningitis in the UK within a generation. 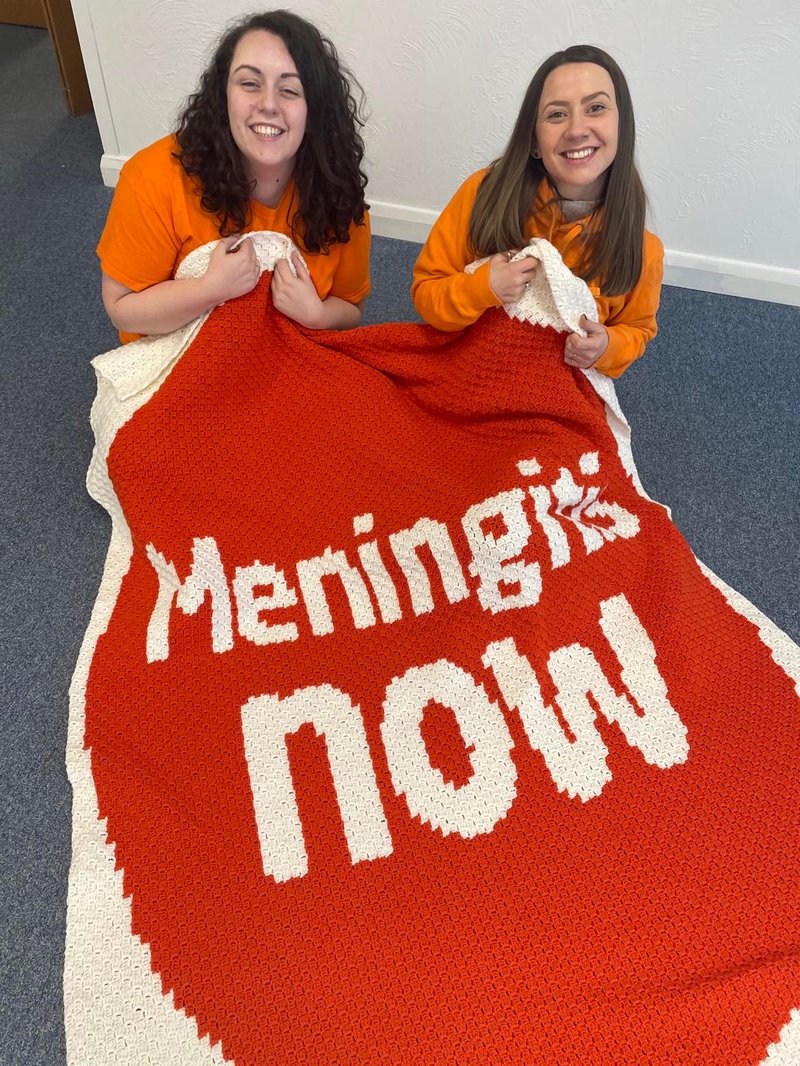 Used to knit but not crochet

“I used to do a lot of knitting when the children were growing up. They always wore hand knitted cardigans, but I could not crochet.

“When the first lockdown came about, I had to shield due to my own health issues, so I looked online to see how to crochet.

“I started doing what is called granny squares to make dog blankets for the local vets. Following my daughter Danielle’s guidance, I learnt how to do Corner to Corner crocheting. This method grows quickly and I find it more enjoyable.

“The Meningitis Now blanket is made of double knitting wool and it took a total of nearly 20 balls altogether. I started the blanket on 9 January and finished on 16 February.

“Meningitis Now supplied me with their logo and Danielle then used an app on her laptop, which put in onto a graft. I then counted each stitch from corner to corner and what colour each stitch was. It was hard at times when I was changing colours – sometimes I had 11 different colour changes on a row. The next issue was fastening all the wool ends in.

“If I was to do another blanket of the logo (we hope you do please Pauline) I would do a double stitch, not treble like I did with this one. Then it would come out smaller.

“I have also just finished a fish blanket for my brother who has Parkinson’s, and he has now asked me to make him an even bigger one to put on his bed.” 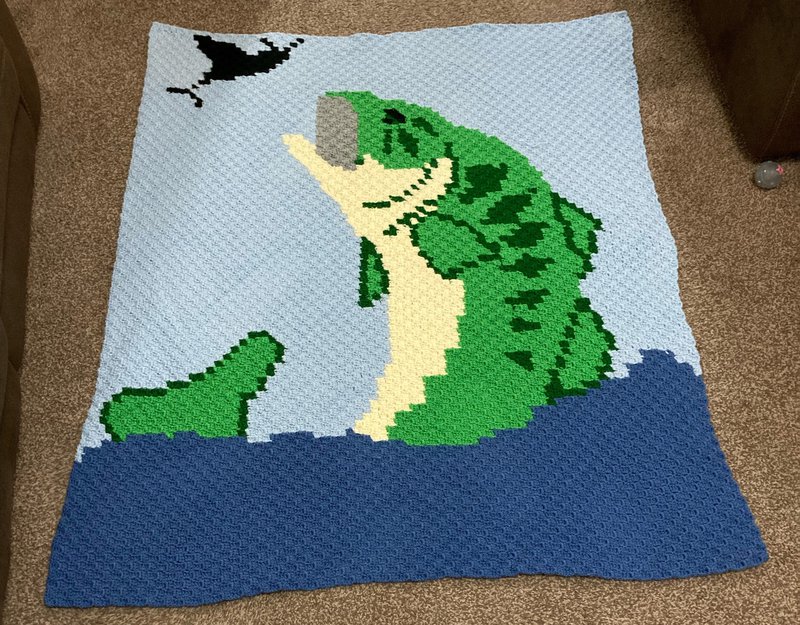 “Kimberley was a fun-loving teenager,” Pauline said. “She took ill with flu-like symptoms on the Thursday night, and despite the best efforts of Scunthorpe General Hospital, she died on the Saturday evening.” 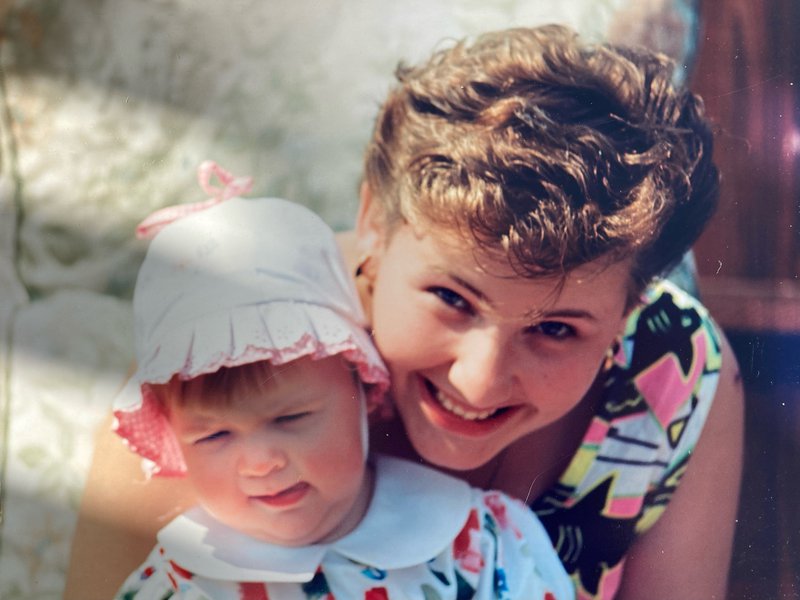 Kimberley with baby sister Danielle, whom she idolised.

Despite this being Pauline’s first blanket, it is far from her first fundraising effort to fight back against meningitis though.

“At the time of Kimberley’s death we were contacted by Steve Dayman, who gave us support and understanding,” she said.

“We then decided to fundraise in Kimberley's memory and over the last 18 years we have held many fundraising events and helped raise awareness through the local media.

A lot of money

“We set up a charity which was registered to hold raffles and in the first six months we raised over £4,000, which was a lot of money at that time. We held a raffle which sold 15,000 tickets in just a few weeks.

“We then did more fundraising in 1992 and raised a further £3,000. We held yearly tombolas at the local steel works gala, which Steve and Gloria Dayman came to.”

But the blanket remains their favourite form of fundraising.

“Both Danielle and I think this crocheted blanket is a lovely way of raising even more funds to help fight this awful disease,” Pauline added.

Our Fundraising Officer Kat Hollywell said: “We’re so grateful to Pauline for creating and donating this beautiful blanket and look forward to raffling it off later in the year to raise lots of money in Kimberley’s name. Keep an eye on our website for details and we look forward to seeing more of Pauline’s stunning creations.”