Take, for example, Paul Gentry, who throughout the year will be taking part in not one, not two, not even three but four endurance events in memory of his 16-year-old daughter Izzy, who died from meningitis five years ago this month.

First up for Paul is a 100km ultra challenge trek from Richmond in London to Brighton over the weekend of Saturday 29 and Sunday 30 May. The walk is continuous and verified by passing through official checkpoints.

Two weeks later Paul’s at it again, this time trekking across the Lake District peaks around Kendal and the surrounding area. Again, this is a 100km continuous walk.

Then on Saturday and Sunday 24 and 25 July he heads south to take on another continuous 100km trek coast to coast across Exmoor and the Exe Valley, from Minehead in Somerset to Dawlish in Devon. Again, the distance will be verified by passing through official checkpoints.

And finally Paul heads to Wales on 18 September for a 50km hike across the highest peaks of the Brecon Beacons and finishing in the town of Brecon.

Paul lost his daughter Izzy to meningitis in 2016. She was just 16 years old and studying for A-levels at college.

“On Tuesday 17 May, Izzy complained of feeling unwell,” Paul told us.

“As the day progressed her symptoms began to worsen and I became more concerned as there had been a case of meningitis at her college two years previously.”

“At 11.30pm we were advised that Izzy’s condition had deteriorated so much that there was no chance of recovery,” said Paul. She remained on life support until the next day but at 7.30pm on Friday 20 May, she was declared brain dead and her life support systems were turned off.

You can read Izzy’s story here, but since her sad death Paul has been a huge supporter of Meningitis Now. This includes helping us with campaigns, attending receptions at the Houses of Parliament, talking to radio stations about his experience to raise awareness and signing up for various events, including our perennially popular Three Peaks Challenge. 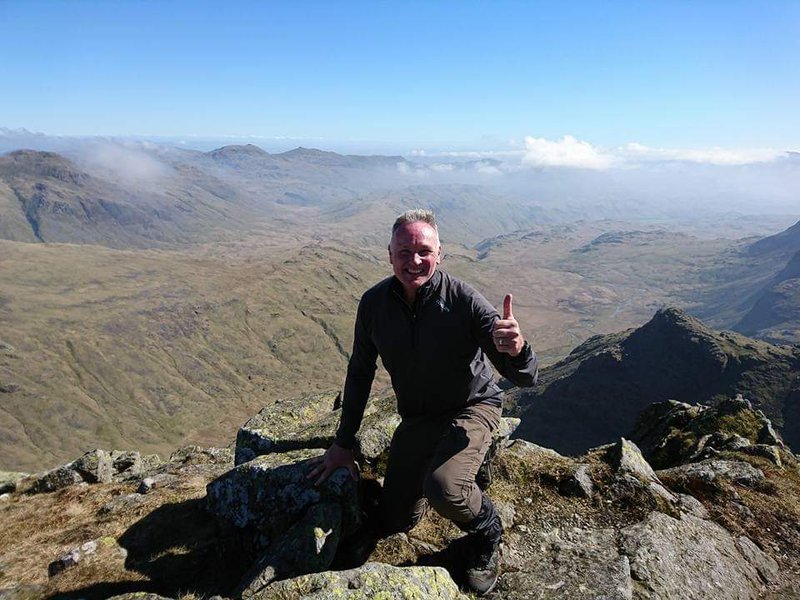 “My family and I received a lot of help and support from everyone at Meningitis Now and it made me realise what an amazing charity it is. I want to help raise essential funds for Meningitis Now so that they can continue their important work and make a difference – the support given to families affected by meningitis and their contributions to research are invaluable.

Meningitis Now Fundraising Officer Leah Wynn said: “We don’t know where to start to thank Paul for his amazing efforts to fight back against meningitis and wish him well for this series of challenges.”

You can support Paul’s efforts by visiting his fundraising page at https://www.justgiving.com/fundraising/paul-gentry7.