The vaccination will replace the current MenC booster offered to this age group and is being offered as part of the adolescent school immunisation programme for the first time.

A catch up vaccine will also be offered to pupils in year 11.

Teenagers more likely to carry the bacteria that can cause meningitis

The vaccine was introduced in August 2015 to combat a rise in cases of MenW. Teenagers and young adolescents are particularly susceptible to the disease, ranking as the second most at risk group of contracting meningitis after babies and toddlers.

“Cases of MenW have been rising year on year since 2009."

“Teenagers are more likely to carry the bacteria that can cause meningitis, so it’s vital that they are not complacent about the threat of this deadly disease. Every school has a named school nurse and it is important that headteachers work alongside their local nursing teams to get this age group vaccinated. Parents will be sent a consent letter before the vaccination is given and we urge them to take it up - they can call our free helpline on 0808 80 10 388 if they have any questions or concerns. Because there are not vaccines for all strains, we urge everyone to learn the signs and symptoms of the disease.”

Symptoms can include a fever with cold hands and feet, drowsiness, confusion, pale blotchy skin, stiff neck, dislike of bright lights and a rash which doesn’t fade under pressure. Advice from Meningitis Now is not to wait for a rash, which can be a late sign and may not appear at all, and seek urgent medical help if the disease is suspected.

Young Ambassador Toby Adlington, 16, is supporting the introduction of this vaccine for 13 - 15 year olds after losing his brother to the disease in 2005.

“Meningitis can affect anyone of any age, and it is so important for young people to be able to recognise the disease and protect themselves as best they can. After experiencing first-hand what this disease can do I think all teenagers need to be aware of just how dangerous it is and how quickly it can change your life forever. It can devastate families and I believe that people don’t understand the consequences - it won’t always happen to someone else. It is unpredictable and can affect anyone at any time. The invincibility of a teenagers mind ignores the prominent threat of a deadly disease.”

Knowing the signs and symptoms, and taking action quickly can save lives.

Learn the signs and symptoms – order our FREE, wallet sized symptoms cards here or download our FREE mobile app for your phone or tablet

Have you had your Men ACWY vaccine? 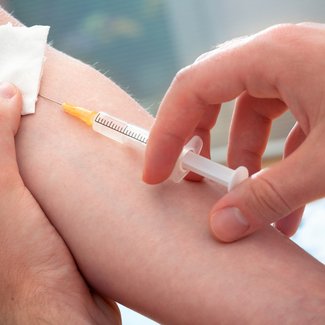