Kyren Wilson and Mark Allen, who have both played at Championship level, joined Donna’s friends and family at the event at the Elite Snooker Club in Lostock Hall, Preston.

The evening, which sold 100 tickets and included ten games against each professional player, pocketed an amazing £2,165 for Meningitis Now. Mum Diane Heyes said they were regular members at the club and knew it would be well supported as Meningitis Now was the club’s chosen charity. 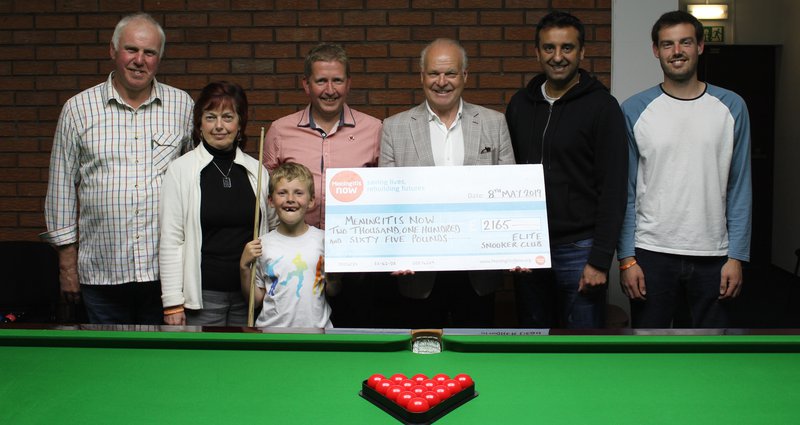 “We have held many fundraising events over the last six years since Donna died of meningitis,” said Diane.

“We will continue to do so in the hope that one day a cure will be found for this very horrific and cruel disease and that no-one has to suffer the loss of a loved one which causes so much heartache and pain”.

“I hope everyone enjoyed the evening – it certainly sounds like it was a lot of fun,” she said.

“But most importantly I also hope everyone knows that their money will be well spent on helping families living with the impact of meningitis, on raising awareness, and on research to ensure that in the future no-one loses their life to this horrible disease”.