Our supporter Sally Gillespie, 38, of Up Hatherley, has been inspired to take on a Tough Mudder in August, to mark her son Callum starting school this autumn.

Callum was a fit and healthy baby until at nine months old he contracted meningitis in January 2013. Parents Sally and Rob feared the worst when he was rushed to hospital, but after two weeks of battling, the little fighter managed to pull through. The disease though has left him deaf. He lost 90 per cent of his hearing in his right ear and 50 per cent in his left, and now wears an aid.

The mum of two will be joined by her sister Michelle Nali, 36, also of Cheltenham, for the Tough Mudder challenge at Badminton on Saturday 19 August to test her physical strength and mental grit in the ultimate obstacle course.

Nothing compared with Callum’s challenge

“My challenge is nothing compared to the one Callum has been through”, Sally said “and starting school will be another huge milestone for him. I’m proud he’s still here and that he’s doing so well.”

It was during Sally’s first day back after maternity leave in January 2013 when Callum first developed a temperature. Staff at his nursery spotted his slight temperature, but that was all it was until later that evening.

Soon Callum began vomiting and his temperature reached 40c so Sally and Rob called an ambulance. He was taken to Gloucestershire Royal Hospital where they diagnosed him with a virus. The family returned home and Callum seemed to perk up a bit, but less than 24 hours later he took a turn for the worse and they called an ambulance again.

Sally said: “He was like a lump of jelly. He was not reacting to anything. To see him lying there helpless was just unbearable.”

“While I was in hospital I just could not leave his side. I tried to stay positive and get through each day by being strong for him. Whenever we started to see any improvement it just spurred us on and slowly he came back to us. His first smile after the illness was just amazing and something we will never forget.”

The charity worker added: “I thought the least I could do is haul myself around the Tough Mudder course for a good cause and I’m training hard to make sure I can complete it.” She and Michelle have been training with Cheltenham ladies’ running group The Hatherletes.

Sally was also inspired to take part by watching her husband Rob and brother-in-law Marcos take on the same event last year. “I thought ‘that looks awesome’ so why not make it our turn next year” she added. “I know it will be a challenge but I’m looking forward to it.”

Kirsty Owen-Hayward, our Events Officer at Meningitis Now, added: “We’d like to say a big thank you to Sally and Michelle for taking on this challenge for us and wish them well on the day. Their efforts will make a real difference to those who are at risk from meningitis and those whose lives have already been changed forever because of it.”

We still have places available at Tough Mudder events around the country with sign up costing as little as £25 per person. Why not sign up and join Team Meningitis Now? 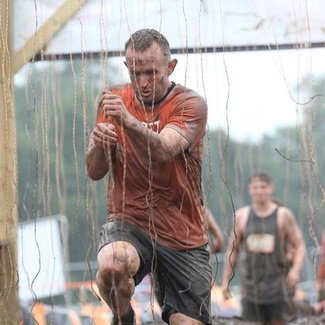 The ultimate team event that will test your strength, stamina and determination Sign up now