Keith has set himself the almost unbelievable challenge of climbing (and descending) England’s highest peak, Scafell Pike in the Lake District, not once, not twice, but ten times. Yes, ten times, inside 48 hours. And all to raise money to support our fight back against meningitis.

It’s believed to be the first time this challenge has been attempted. And, with Scafell Pike standing at 978 metres above sea level and being the highest mountain in England, the challenge equates to climbing Mount Everest if Keith completes all 10 return trips.

Popped into my head

The 34-year-old father of one, from Preston in Lancashire, told us: “I’m keen on finding different ways to always challenge myself and this was just something that popped into my head that no one has officially done before.

“I try to do any of my challenges as quickly as possible when I think of them, so it’s usually as much as my fitness ability lets me do with how I live my life regularly.”

Gym owner Keith is taking on the challenge on Saturday and Sunday 7 and 8 May and inviting people from his gym to join him on the final climb.

Mickey, the Pomeranian, going too

He’ll also be accompanied by Mickey, his Pomeranian dog. “Mickey keeps me going on my challenges,” Keith said. (But animal lovers, don’t worry, Mickey will be carried some of the way).

Keith, a gym owner and personal trainer, has set an ambitious fundraising target of £5,000 for the challenge, or £500 per summit. If you’d like to support him visit his fundraising page here.

He’s supporting us and our lifesaving and life-changing work in memory of his good friend and our Community Ambassador Emma Moore’s baby boy George, who sadly died from meningitis in 2013. Since then, Emma has worked tirelessly to raise awareness of meningitis and funds to help fight it.

Help push on through the pain

Emma told us: ‘Keith plans to run the first few laps and then if anyone would like to join him on the final 10th lap on 14 May this would be a great encouragement and I’m sure push him on through the pain, blisters and exhaustion.

“Any sponsorship support is greatly appreciated by both Keith, as he undertakes this horrendous challenge, and also myself and Meningitis Now, who continue their fight to eradicate meningitis and fight to provide a future where no family is left with the devastating life-changing effects of this awful disease.”

Emma added: “Meningitis Now has given me the focus to carry on, to honour George's life and memory, and it’s something I can never thank them enough for.

“I am so proud to have raised money in George's memory and I feel his life means so much to so many people because of the money he's inspired people to raise and donate.

“I am so happy to be a Community Ambassador because I feel there is no better way to honour my little boy and make him proud of me than to help others in his name, preventing any other families losing their child and living the rest of their lives with someone so special missing.”

Huge congratulations and thank you to supporter Keith, who at the weekend successfully completed the challenge he set himself of climbing Scafell Pike ten times in 48 hours.

Not only did he do it, he absolutely smashed it, finishing in just 34 hours.

It’s believed to be the first time this challenge has been attempted. And, with Scafell Pike standing at 978 metres above sea level and being the highest mountain in England, the challenge equates to climbing Mount Everest.

Fitness fanatic Keith, 34, who runs his own gym in Preston, was accompanied by Mickey, his Pomeranian dog, on the ascents. He was also supported by his wife and daughter, Olga and Francesca. 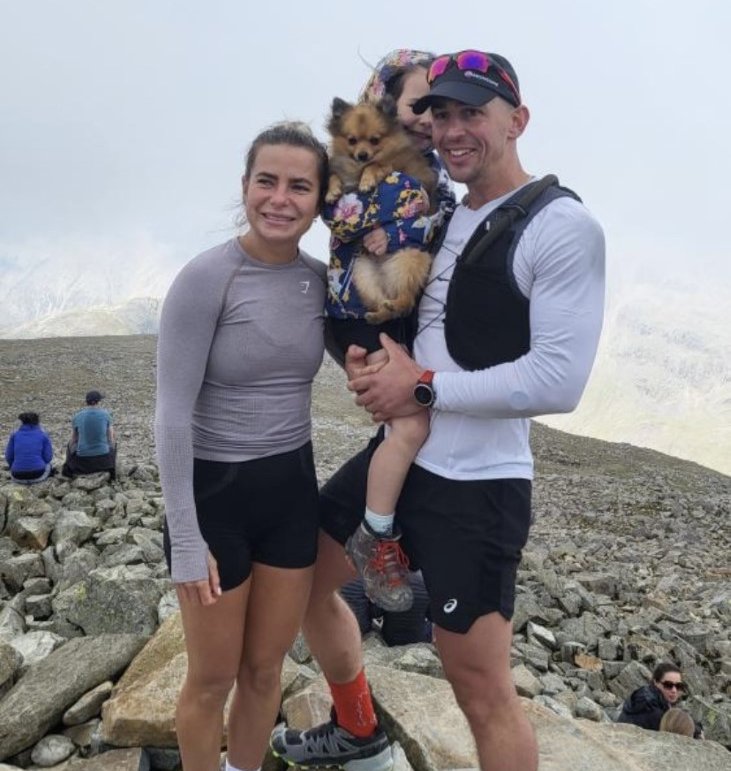 Can’t believe he did it

Our Community Ambassador Emma Moore also did one lap with her family, husband Richard and children Henry and Maci. She told us: “I actually can't believe he did it as I also did one lap with my husband and two children and it nearly killed us off! It took us nearly five hours to do what he was managing in two.” 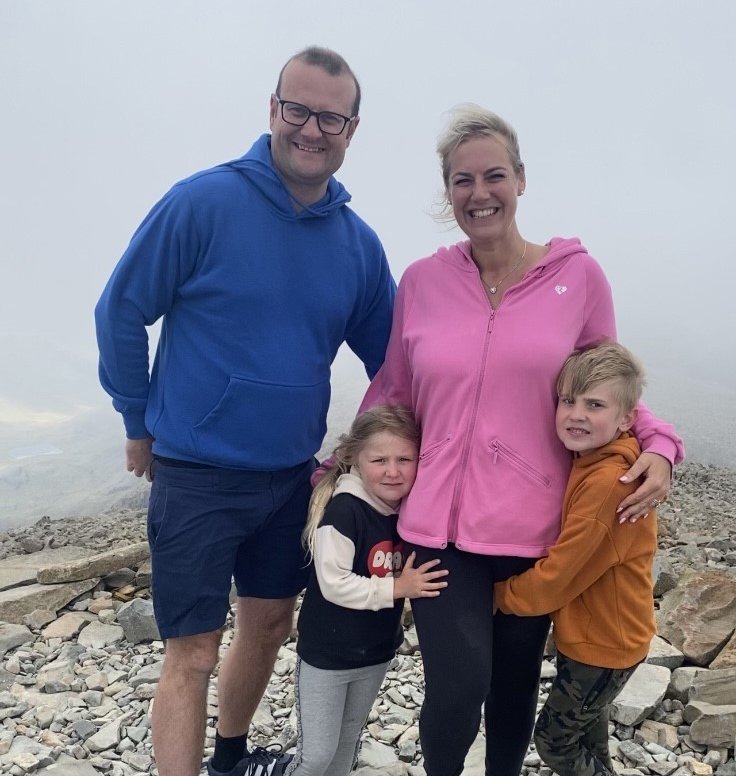 Keith’s efforts have so far raised £2,400 towards our lifesaving and life-changing work in memory of Emma’s baby boy George, who sadly died from meningitis in 2013. Since then, she’s worked tirelessly to raise awareness of meningitis and funds to help fight it.

Our Senior Fundraising Officer Leah Wynn said: “Congratulations to Keith and well done to Emma and her family too for taking on the mountain – what a great achievement.

“Your efforts will make a real difference to those who are at risk from meningitis and those whose lives have already been changed forever because of it.”

If you’d like to you can still support Keith's efforts here.