Ever since Seema reached out to us with her personal meningitis story and agreed to support our student and young people campaign, we have been waiting for the chance to meet her in person. So we were super excited when she found time for us in her busy schedule.

Seema’s day job includes presenting sports on TV – including Premier League football, snooker, and World Cup cricket. But she contacted Meningitis Now earlier this year because she wanted to share the story of how she contracted meningitis as a 16-year-old, a story which fitted in perfectly with our young people campaign.

Seema and her family arrived on Monday morning armed with cupcakes (they know us so well!) and were given a thorough briefing on meningitis from our health professionals. They also had a chance to look round our Remembrance Garden, met some of our supporters living with the impact of meningitis, and heard the story of how Meningitis Now began from founder Steve Dayman. 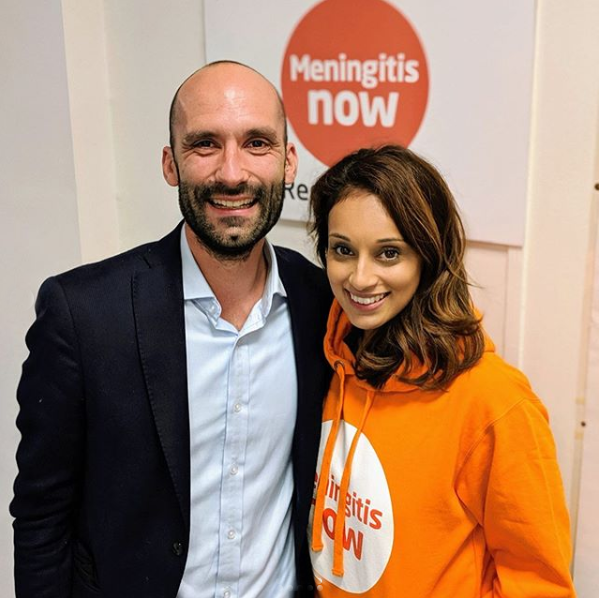 Since joining the team, Seema has already done so much for us – including supporting us publicly through her social media channels and in the national press, and generously arranging for a couple of our young supporters to go to Wembley to see an England match. Now we are hoping to take things to the next level and we discussed lots of ideas for how she could support us in the future.

We loved having Seema, Ajay, Raziya and Monty here and hope they enjoyed their day with us. Look out for Seema’s social media posts on her twitter, Instagram and Facebook accounts and for announcements about some of the way we will be working together in the future.