The run takes place on Sunday 3 April and if you join our #TeamTangerine you’ll be on the starting line for one of the most memorable events in the running calendar, as well as supporting a worthwhile cause with every stride you take.

But don’t just take our word for it; here’s what a couple of our previous participants told us:

Michelle decided in September 2020 to embark on the Couch to 5K programme and get fit.

“As I completed that, I thought it might be nice to do something positive with my Love-Hate relationship with running and began to consider a half marathon. I decided I needed a charity to support to give me the motivation I knew I would need!

“Meningitis Now was the obvious choice for me. The daughter of one of my closest friends was taken ill with meningitis shortly after starting her medicine degree in 2018. Her family were twice told to say their goodbyes to Becca, but miraculously she came through.

“However, she was left with life changing complications resulting in the loss of both lower legs and most of her right hand. Meningitis Now have been the most amazing support to Becca and her family and when I told my friend I was thinking of running for the charity, she said it was a lovely way to give something back.

“Running on the day was amazing. I had a team of friends who came to cheer at various points on the route and the atmosphere was fantastic, with so many charity runners. The Meningitis Now cheer point came just at the right time at mile 9! 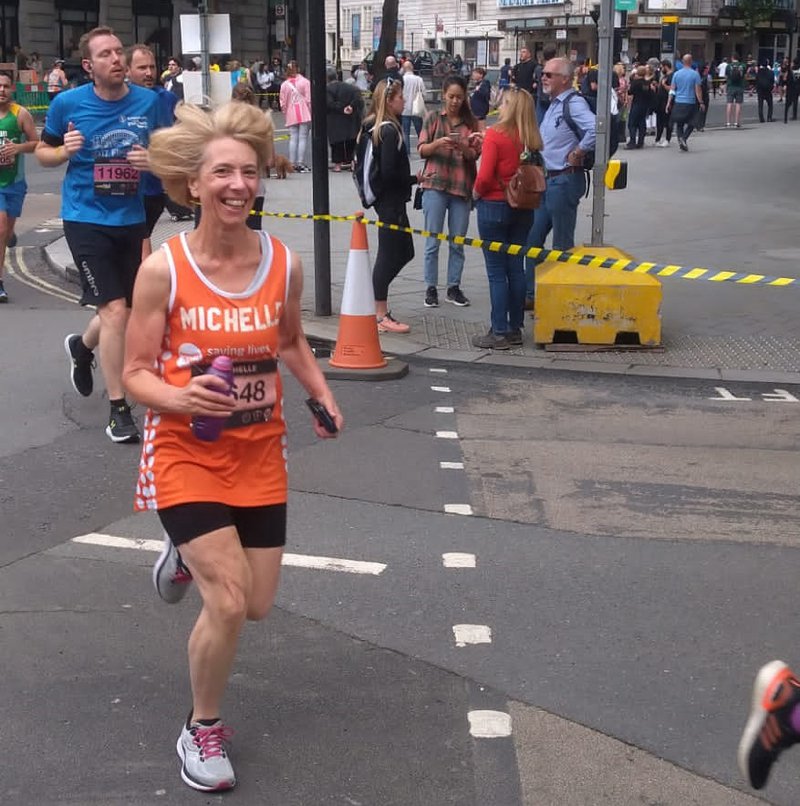 “Although it was a challenge, to know I was supporting Becca and the charity which had helped her so much in her recovery, made it more than worthwhile, even enjoyable! So much so, I may even do it again!

“It was a privilege to run for Meningitis Now and play some small part in supporting the amazing work they do.”

Michelle's experience was echoed by Lisa, who ran with her friend Zoe. She said:

“I decided to run for Meningitis Now after my daughter Freya got bacterial pneumococcal meningitis in 2019 aged 8. We were very lucky that after a few months, lots of hospital trips and an operation on her eye Freya was fit and well again.

“I'm so glad I chose to do the London Landmarks Half Marathon! The atmosphere and crowd are amazing and pushed me on to get to the finish line! It was so much fun and actually rather emotional for me! I’m so pleased I was able to support the charity and run this amazing event!”

So, what’s stopping you joining us in April for this year’s event?

We have a limited number of extra places available – so be quick off the mark to book your place. It costs £25 to register and we ask that you raise a minimum of £300 towards our ongoing work to defeat meningitis in the UK within a generation.

Find out more here and thank you for your support.