In 2018 we chose five lovely young supporters to help us launch a new Toddle Waddle fundraising pack featuring them as the characters. We asked artist Rebecca Canavan to illustrate the five, whose meningitis stories were all told in the pack and on the website.

Eighteen months on, we thought it would be fun to see what the four had been getting up to since then - and how they would be dressing up for Halloween. 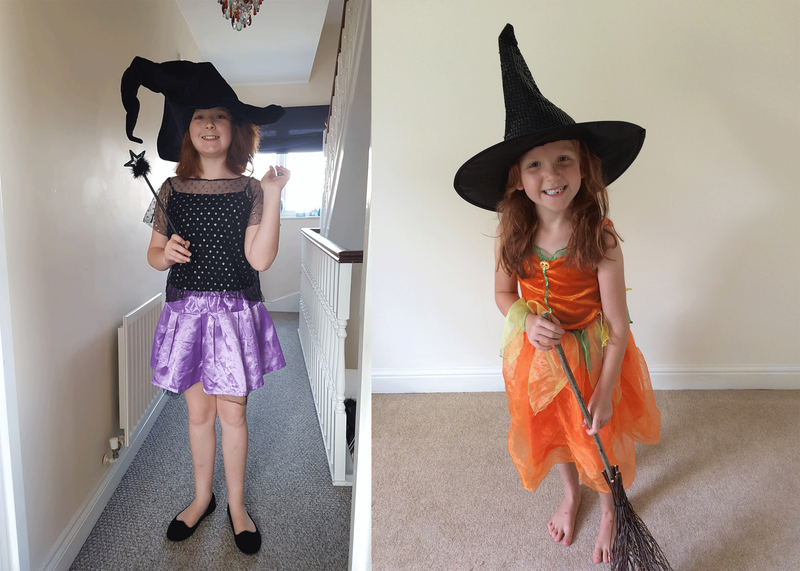 Eleven-year-old Amelia (pictured above left) was living in Cyprus when her 16-month-old sister Claudia sadly died after contracting meningitis. She later moved back to the UK, where she has attended Meningitis Now Family Days and had counselling funded by the charity.

Halloween is especially poignant for Amelia and her family because Claudia was buried in her Halloween costume – a dinosaur.

Since last year, Amelia has been super busy. She’s finished primary school and got “fantastic” scores in her SaTs (well done Amelia!) She also told us that the school “put on a production of Hairspray and I was the PE teacher.

“In our leavers assembly we re-wrote and sang our own version of Someone You Love by Lewis Capaldi; and I also received a certificate for exceptional progress in maths.”

Not only has Amelia been doing so well at school, she’s also had a fun trip overseas: “With Guides I have been to Switzerland where we went tobogganing and went on cable cars. We also did a scavenger hunt around Stresa in Italy.”

Elise (pictured above right) was just five when she became the youngest of our Toddle Waddlers to be featured in our new pack. Elise herself contracted meningitis when she was 13 months old – and mum Helen called her the “luckiest girl alive” after she made a full recovery. Elise has now just finished Year One at school and, said Helen, continues to amaze them every single day.

“Her Year One school report was absolutely fantastic – her favourite subjects are Art and English,” Helen told us. "She is still loving taking part in Street Dance lessons and even had a little solo in the last show. Elise has now decided she wants to be a paramedic when she grows up to help other people (and to drive really fast with sirens on!)."

“Elise was very proud to be awarded a Blue Peter badge this year and has now applied for the silver badge for all her volunteering with Meningitis Now”.

It isn’t just Elise who should be getting a badge – it turns out Helen is also supporting us after running in the Cheltenham Half Marathon last month! Well done Helen, and well done Elise for everything you have done and continue to do for us.

Louie (pictured above right) contracted meningitis when he was five months old. He ended up spending 11 weeks in hospital and had both his legs amputated below the knees, as well as some of his fingers. Eight-year-old Louie now wears prosthetic legs and uses a wheelchair. Mum Julie messaged us to say that Louie had had a few medical problems including that his left arm had stopped growing due to growth plate damage and he would need some corrective work on this; Julie said they had also been referred to a dental hospital after x-rays showed he only had six adult teeth in total.

However, otherwise Louie was managing really well, said Julie: “He loves school, and he really enjoys swimming – especially since we got some prosthetic swimming flippers made for him” she said.

We love Louie’s zombie pictures – and think he looks great in green!

Twins Seth and Reece (pictured above left) were just a few weeks old when they both fell ill with meningitis. Eight years later, when they became Toddle Waddle models for us, mum Dawn told us that Seth was left with no complications and had become a wonderful carer for twin Reece, who had been left severely brain damaged, blind and epileptic.

Now, another eighteen months on, Dawn told us the boys were getting on well. “Seth is about to start P6 (Primary 6), he loves art and crafts and playing outside,” said Dawn.

“He has quite a caring role for his twin and is very protective. Reece has been in good health of late but remains very thin with his feeding problems, but he is happy and loving life – which is the best thing we can ask for. We spend our days making memories. Unfortunately, he isn’t fit for school at the moment, but he loves music therapy and chasing his little spiky light up ball around the living room”.

Support Meningitis Now this Halloween while having fun Register now