Alec, 34, and his wife, Victoria, will be taking on the ‘biggest physical challenge’ of their lives after their son, Finn, contracted pneumococcal meningitis in 2013, aged just nine-months old.

“Finn had a tough battle with the disease, but fortunately appears to have fought his way through, without any lasting after-effects. However, the speed at which it took hold, the helplessness we felt and the fear of almost losing him, made us want to help others.”

“We are very aware that not everybody who contracts meningitis is so lucky and don’t have such a positive outcome. Even with Finn's lucky escape, his family and friends have been affected in some way or another. We would all do anything we could to try and prevent anyone else from suffering this horrible illness.”

“Victoria and I have been putting ourselves through a tough training regime to make sure we’re ready for the challenge. Finn is already a keen hiker and is helping with training – he’s already been up Snowden twice. But despite having his own walking boots, he'll have to sit this one out!”

The pair will trek for a number of days to reach the mountain summit, reaching 6,962m (22,841ft). Aconcagua is the highest peak in the Southern and Western hemisphere, and is the second highest summit in the world after Everest.

“It will be the challenge of a lifetime. One of the hardest things will be dealing with the conditions up there – temperatures can reach -30 degrees.”

“We have set a target to raise at least £2,000 for Meningitis Now, as well as entering the Mountain Warehouse Charity Challenge to win an additional £10,000 for the charity.”

The Charity Challenge, set by Mountain Warehouse, looks for individuals who have an endearing story and are participating in an extreme outdoor challenge to raise money for charity.

People are asked to vote for their favourite challenge and the participant with the highest number of votes will win £10,000 for their chosen charity.

Initial voting closes on 7th September 2015. The top 10 entries will then be shortlisted for further voting. The final voting stage closes at 5pm on 30th September.

Vote for Alec and Victoria

Please remember to check your email and click the link to validate your vote. 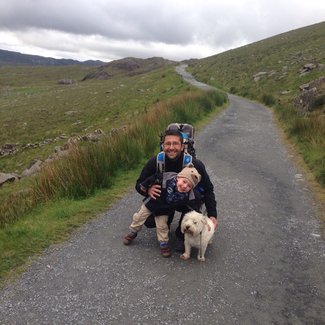 When the GP could not diagnose what was wrong with her nine-month-old son Finn, Victoria Shillaker trusted her instincts and took him to hospital. Just hours later, Finn was lying lifeless on a hospital bed. Read more