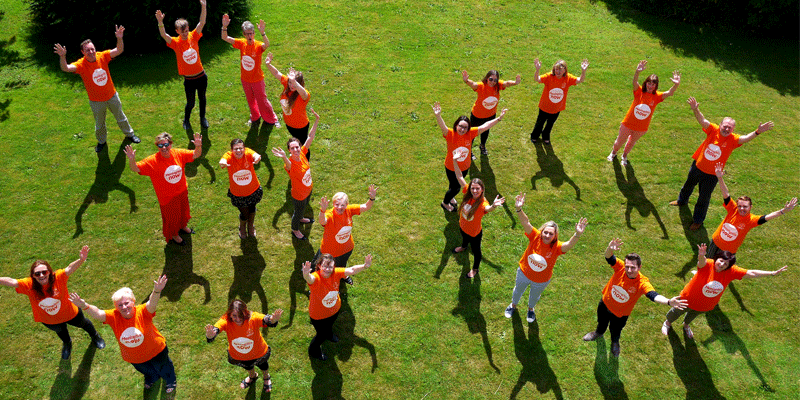 Three decades on, that local support group has grown into the national charity Meningitis Now. Great strides forward have been made in the battle to beat meningitis, but we’re not there yet, and meningitis continues to cause devastation to individuals and families.

As we celebrate our 30th anniversary year we remain just as committed to the fight against meningitis. Our pledge to you, now as then, is that we won’t rest until we achieve our vision of a future where no one in the UK loses their life to the disease and everyone affected gets the support they need to rebuild their life.

“I’ve been involved with the meningitis movement for over 33 years, since losing my 14-month-old son Spencer in 1982 to meningococcal meningitis,” he said. He and his wife Gloria formed the Meningitis Research Appeal to raise funds for research.”

“There were no organisations to represent the disease then, so I’ve dedicated my life to help create a better understanding of the disease.”

“We were the first charity to address this awful disease. Since we started we have funded over £12 million of preventative research, distributed over 22 million awareness symptoms cards, supported over one million people, including calls to our helpline, and worked with thousands of families whose lives have been devastated by meningitis.”

The Meningitis Trust was registered as the first meningitis charity in the UK after Steve’s support group came together in 1986 with the Stroud Meningitis Support Group, formed in 1985.

The granddaughter of Dr Jane Wells MBE, co-founder of the UK meningitis movement, was one of the first to receive the meningococcal group B (Men B) vaccination when it was introduced in September 2015.

Dr Wells co-founded the Parents Group in 1985, which became The Meningitis Trust, now Meningitis Now, after her son Dan contracted the disease. She said: “I’m so pleased that Daisy will benefit from the vaccine, it’s the perfect gift.

“Meningitis has been prominent in our family – we have experienced three deaths and my son, Dan, survived the disease twice. With our history we were very worried for Daisy.”

Jane added: “The introduction of the Men B vaccine comes after years of campaigning and hard work. Though I’m humbled that Daisy will qualify for the catch-up, it comes too late for so many.”

“When Dan first contracted meningitis it completely changed our lives – we were in a dark hole and no one could tell us anything. There was very little known about the disease, its after-effects or how long it would take him to recover. No parent or child should have to go through what we did. Dan struggled with his balance, tiredness, sickness and his education for years but luckily his after-effects were minor compared to what they could have been.”

Some highlights from our 30 years of achievement

There is a misconception that meningitis is a thing of the past and this complacency puts lives at risk. The fight against meningitis is far from over. Every year thousands more lives are impacted. We will continue to save lives and prevent disability through improving prevention and rapid diagnosis and rebuild futures and improve quality of life through increased recognition of the impact of meningitis and the provision of timely, effective support.

This will bring us ever closer to our vision of a future where no one loses their life to meningitis and everyone affected gets the support they need to rebuild their life.

What we have achieved already and what we will achieve in the future is only possible because of our supporters. Please join us in saving lives and rebuilding futures.

Talk about meningitis: Help bring the disease to people’s attention by talking to family, friends and colleagues.

Partner with us: We have a range of opportunities where you can make a difference.

Support our work: Donate, take part in one of our events or organise your own – join the fight.

Join in with the conversation here: