A heartbroken mother is urging other parents to ‘act on their instincts’ over their children’s health after losing her baby boy to meningitis due to mistakes made by hospital doctors.

One-year-old Cayden McConnell had been constantly ill throughout his short life, suffering from repeated infections and flu-like colds, so much so that his mother was convinced something more serious was wrong. Cayden had been born with spina bifida (a fault in the development of the spinal cord which leaves a gap or split in the spine). He had a small external lump at the bottom of his spine - evidence in itself that it had not developed as it should have within the womb.

Cayden was therefore placed under the care of neurosurgeons at Addenbrooke’s Hospital in Cambridgeshire, a specialist centre for treating children with brain and spinal conditions.Despite this, his mother Gaynor was told there were no major concerns over his health and plans were made to monitor Cayden throughout his early childhood, with an MRI scan scheduled for when he was around six-months old.

Ms McConnell says she will ‘never trust doctors again’ after her repeated concerns for her son’s poor health were dismissed as being common illnesses, leading to him dying from meningitis aged just 14 months.

Ms McConnell had been told the lump was ‘nothing to worry about’, and even after Cayden overcame a first bout of meningitis at four months, no further treatment was provided as his ill health continued and worsened.

Cayden then became seriously ill and was again found to have contracted meningitis for a second time. This time he was not able to overcome it, as he was so ill when he arrived in hospital he stood little chance of survival.

Now, Cambridge University Hospitals NHS Foundation Trust, which runs Addenbrooke’s, has admitted it breached its duty of care by failing to take appropriate medical action which would have prevented Cayden getting meningitis a second time.

Ms McConnell has decided to share her story, and pictures showing Cayden fighting for his life in hospital, in the hope it will make other parents demand more from doctors when a child is repeatedly ill or unwell for an extended period of time.

“I trusted the doctors and the specialists looking after Cayden as I thought they knew best, but everything in my gut instinct told me something was seriously wrong,” Ms McConnell said.

“He was always ill, having colds and infections, but doctors said this was perfectly normal and just gave him antibiotics. I was made to feel like he was just one of those babies that is often poorly and gets every bug and illness going around. I’d already had two boys so knew that babies soon picked up illnesses, but I always felt something was wrong. I was even told there was nothing to worry about with the lump at the bottom of his back, but I was never happy. A mum knows best.”

Cayden was first taken seriously ill and admitted to hospital at four-months-old after suffering from a fever and not feeding well. Doctors recognised that an external lump at the base of his back had increased in size and meningitis was suspected and diagnosed.

Cayden overcame the meningitis through aggressive treatment, but an MRI scan taken at the time showed an open passage (tract) running from the base of his spine to the area of his lump.

This is something which specialist medical negligence solicitor Renu Daly, of Hudgell Solicitors, says should have led them to take action at the earliest possible opportunity to prevent a further episode of meningitis.

As part of a legal claim against Cambridge University Hospitals NHS Foundation Trust, it was alleged tract should have led doctors to investigate and discover that Cayden had a dermoid tumour which needed removing (60 per cent of open tracts point to the presence of a dermoid tumour - a recognised conduit for bacterial infection of the central nervous system causing meningitis and intraspinal abscesses).

It was alleged that had the tumour been completely or even partially removed, a recurrence of the meningitis which killed Cayden seven months later, would have been rare. On that occasion, Cayden became feverish at home and his health deteriorated so rapidly that he had to be rushed to hospital by ambulance again.

He suddenly became unresponsive and upon arrival at the hospital his skin was grey and mottled and he was suffering from seizures. Doctors diagnosed a severe type of meningitis and Ms McConnell and Cayden’s father were told he had suffered a serious brain injury and that due to excessive fluid and pus around his brain, he was unlikely to survive.

Cayden failed to improve and despite the tumour eventually being removed by surgery and excess fluid being drained from his brain. He suffered multiple fits over the coming days and weeks, remaining in hospital for three months before the failure of doctors to correctly diagnose his condition 10 months earlier proved fatal, as he died on February 15, 2012.

“There were clear, basic failings in the care and treatment Cayden received at Addenbrook’s Hospital and this ultimately led to him contracting meningitis for a second time in his short life, which killed him,” said Ms Daly.”

“The MRI scan taken in April 2011 after Cayden’s first episode of meningitis, at the age of four months, clearly showed him to have open tract. They should have been aware there and then that there would have also been a dermoid tumour which needed to be removed to prevent further infection.”

“By the time Cayden attended hospital after contracting meningitis a second time, his chances of survival were virtually obsolete.”

“Procedures were carried out to drain the fluid on his brain, but he already had significant amounts of pus in the ventricles of his brain and Cayden had already lost the fight to survive. By their actions, doctors didn’t give him a fighting chance, and that is the appallingly shocking and saddening reality of what happened here.”

“Had doctors performed as they should and taken steps which are basic in terms of handling this sort of situation, Cayden would still be with his family. He would have recently enjoyed his sixth birthday and Christmas with his mother and brothers.”

Ms McConnell and Cayden’s brothers Kye, 16, Tyler, 13, and Lacey, three, have since started a new life in the Manchester area, but there will always be a huge gap in their lives which can never be filled.

“I can never forgive the doctors for how badly they let Cayden and our families, on my side and Cayden’s father’s side, down. It is disgusting. Losing him was completely heart-breaking and it destroyed and changed two families for the rest of their lives,” said Ms McConnell.”

“I’m a different person now. It changes you as you can never be the same again. I don’t trust people in the same way I used to do. Kye can’t even face talking about it. He was 11 at the time and it really affected him badly as me and him basically lived at the hospital for Cayden’s final few months. Tyler likes to get out our memory books and talk about him, we all deal with it in our own ways.”

Ms McConnell says she only became aware of potential failings by doctors after her son’s death, when she began to further question doctors as to what had been the cause of his sudden deterioration.

“Cayden had a shunt in his head and it was full of fluid. I also saw some of the dermoid tumour taken from his back and it was full of hair. It led to me questioning what I’d been told in my mind, and then I knew I needed to take some legal advice,” she said.

“Losing Cayden has made me feel passionate about the need to better educate parents about meningitis and the many different strains of it, how to look out for them and how dangerous they can be. Cayden had the warning signs which sadly the doctors ignored. He had the lump and he had the illnesses. By the time he had the rash, which we are all told to look out for, it was too late. Parents have to push doctors to act earlier.”

“It’s why I’ve decided to share pictures of Cayden. He looked like any other boy but he was dying inside. Hopefully these pictures will make all other parents think about what happened and not accept doctors dismissing their concerns. A mother or father knows best. Act on your instinct and don’t rely on all the doctors say. They make mistakes and their mistakes cost my little boy his life. He should be here with us now. They robbed him of his life and his family of precious time together.”

“We light candles for Cayden and have a birthday cake on what would be his birthday, and we always light candles and release balloons on the anniversary of his death. We shouldn’t be doing this though, he should be here. Our memories and this are all we have been left with.”

Cambridge University Hospitals NHS Foundation Trust has admitted the standard of care provided was below that expected and further admitted that but for its breach of duty of care, the second episode of meningitis, which ultimately proved fatal for Cayden, would have been prevented.

Thank you to Hudgell Solicitors for this story 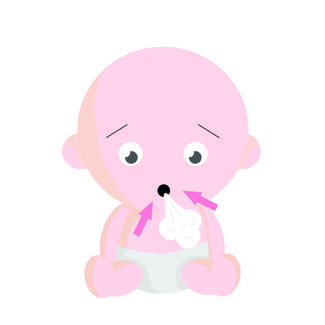