The University of East Anglia Hockey teams, together with former members, family and friends have raised over £30,000 to date in memory of student Mike Covell to support our ongoing work – and have no plans to stop their fantastic fundraising effort any time soon.

First-year student Mike passed away at the Norfolk and Norwich University Hospital on the morning of Sunday 7 December 1997 after contracting meningitis.

The 18-year-old law student was a key part of the UEA's hockey team. He was due to graduate in 2001, since when an annual match between Mike's old team-mates, the UEA Young Old Boys, and the current UEA hockey first team has been contested for the Mike Covell Shield.

Big date in our annual calendar

Current Men’s Hockey Club President Owen Hooper, said: “The Old Boys event is a big date in our annual calendar and one everybody looks forward to taking part in.

“It’s held every October, although of course the pandemic put paid to that last year. The club is hopeful that as things return to normal this year we’ll be able to stage the event again – perhaps in the summer.”

Fourth year Mathematics Education student Owen added: “It’s a whole weekend focused on raising awareness about meningitis and funds to help fight the disease. We have a big charity night on the Saturday where we take over the Student Union bar, have a collection, sell some Meningitis Now merchandise and hand out your signs and symptoms cards on campus. 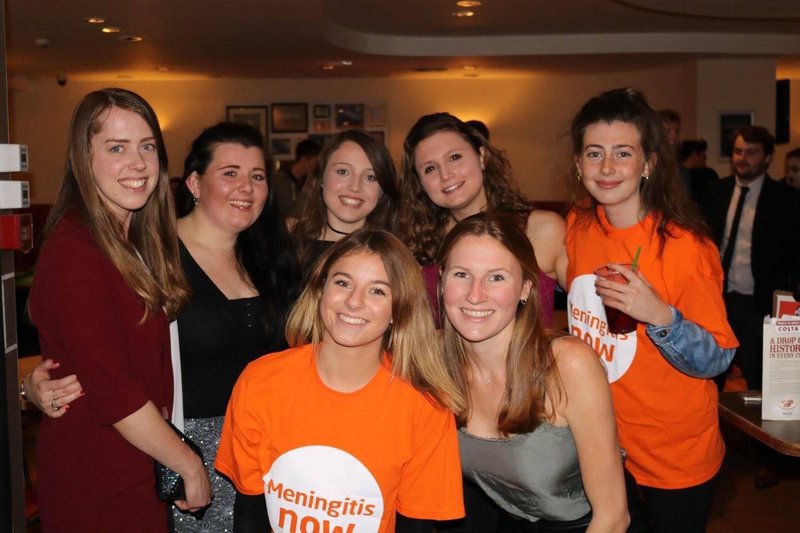 “Then on the Sunday we have a range of games with old boy teams taking on the current team as well as women’s and mixed group games. And with 80 members in the men’s club and about 140 in the women’s there are plenty of people willing to get involved. It’s a great opportunity to remember Mike and raise awareness.

“Although the majority of those taking part never met Mike, most members will know his story and it’s still as important to everyone here as when he passed.

“We have no plans to stop anytime soon and will carry on spreading the word.”

The Old Boys weekend is just the mainstay in a range of activity that the club takes part in year round to keep meningitis awareness on the agenda.

Owen added: “We keep it ticking over the whole year and try and do what we can. One player is organising a Call of Duty tournament and there was a Poker Night recently.

“We’ve already taken part in a Dry January this year and are now in the middle of Jog on Meningitis, raising £20 by running 20k over 20 days.

“Our tally for the year currently stands at around £1,831 and, with a few days still to go on Jog on Meningitis, we’re hopeful of getting this up to £2,000.”

Our Fundraising Assistant Kat Hollywell said: “We’re so grateful to Owen and everyone at the University of East Anglia Hockey Club, past and present, for all their fantastic fundraising and awareness-raising efforts.

“The team are always a pleasure to support, and we love how passionate both old and new team members are about fundraising and coming together to celebrate Mike’s memory. The club has built such an incredible legacy in Mike’s name, and over the years, both their fundraising and awareness-raising has helped save countless lives.

“It is so wonderful that in 2021, the University of East Anglia Hockey team will come together again to celebrate 20 years of fundraising, and as a charity that receives no statutory funding, it is their continued support that allows us to fund research and support families, like Mike’s, who have lost someone to this devastating disease.”