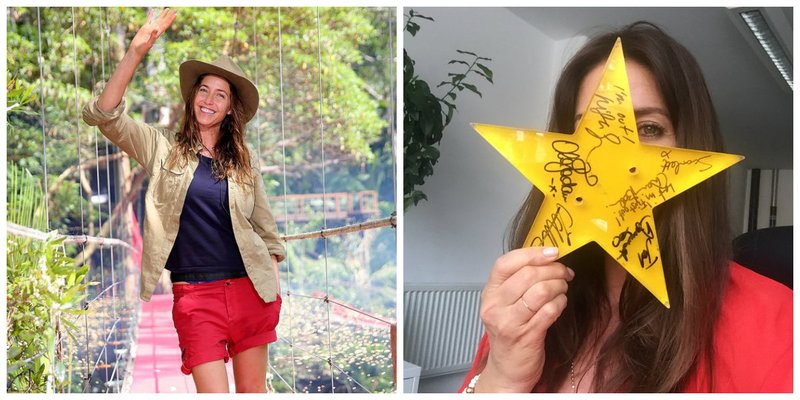 The star prop first used in bush-tucker trials such as the ‘Gates of Hell’, where Lisa famously took on a mud crab, was brought home as a souvenir of her time in the Jungle.

Lisa contracted viral meningitis in 2010, and is keen to help raise awareness so that others do not have to go through the same ordeal

Speaking about her experience she said: “I am fortunate enough to know about the fantastic work Meningitis Now does, but lots of other people don’t. I want to help the charity spread awareness to make sure that anyone affected knows where to turn to, to get the support they need."

To get your hands on the star signed by all her ‘I’m A Celebrity’ campmates including Scarlett Moffatt, Carol Voderman, Larry Lamb, Jordan Banjo, Sam Quek, Ola Jordan, Wayne Bridge and Joel Dommett. To win it, submit your bid.

The winning bid will be announced live at the South Glos Show by Lisa and fellow ‘I’m A Celebrity’ star and show host, Joel Dommett on Saturday 5 August. All proceeds will go towards Meningitis Now.

Bid now for the 'I'm a celebrity star'