On offer is a unique, fully-working, half-size model of R2-D2 – the lovable droid from the series – and it can be yours for just £10.

Lee Towersey, who has worked on all the Star Wars films since The Force Awakens (episode VII) and has looked after R2-D2 ever since, is running the prize draw to raise funds for us. All money raised will come directly to support our ongoing lifesaving and life-changing work.

Lee told us, “I’ve personally built this half-scale R2-D2 droid, which has been tested complete and fully working."

“I’m grateful to DeAgostini, who have been kind enough to donate the kit to me so I can raise funds for charity."

“The droid has also had its appearance improved by means of weathering thanks to Henrik, who has worked in the Star Wars creatures department, painting many of the creatures featured in the films.”

Lee, who is Chairman of the UK R2-D2 Builders Club, chose to support us after hearing the sad story of fellow club member Ian Yates, who lost his daughter Joanna to the disease.

Such a worthy charity

”It’s such a worthy charity,” he said, “and I hope we can make a significant contribution to Meningitis Now’s lifesaving and life-changing work through this unique raffle – there’s not another R2-D2 droid like this in the country, nor ever will be.”

The draw will take place at midday on Saturday 10 August at the R2UK live event and Lee plans to broadcast it live on Facebook. He will be using an online randomising system to select the lucky winning ticket. 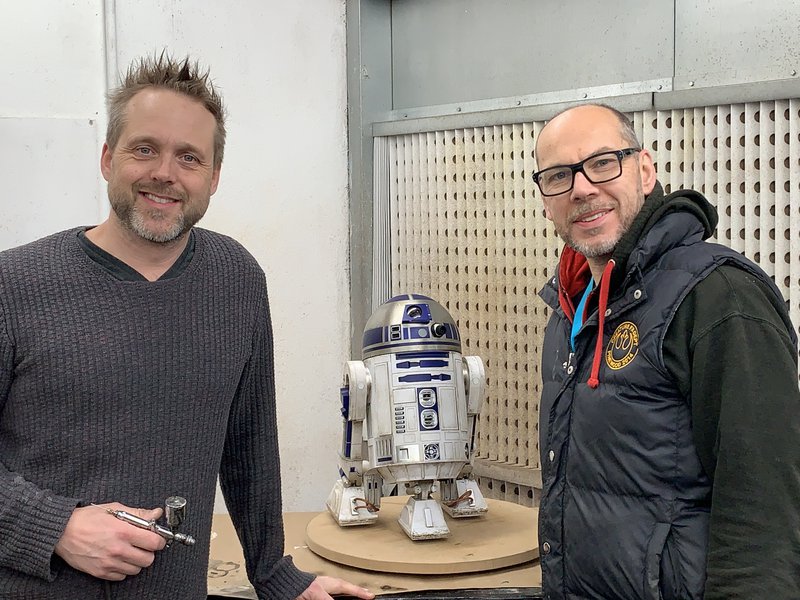 To enter the draw and be in with a chance of winning this unique and fabulous model visit https://www.justgiving.com/fundraising/r2-d2. Those who wish to can donate more than the £10 ticket amount.  So, for example, if you donate £20, this will get you two entries to the draw.

Anyone winning from outside the UK will have to cover the cost of postage and packing.

The half scale R2-D2 kit has been kindly donated by DeAgostini and personally built by Lee. Full details of the amazing kit can be found at www.deagostini.com/au/collections/build-your-own-R2-D2/.

Our Community Fundraiser, Sophia Lanciano Newman, said, “We’re so grateful to Lee for choosing to support us in this way – what an amazing thing to do."

“I hope lots of people join in the draw and help to raise the vital funds we need to support the thousands of people affected by meningitis every year."

“Good luck everybody – May the Force Be With You – and thank you Lee.”