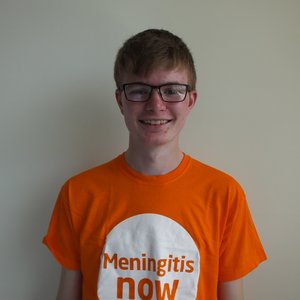 I am proud of my sister, but sometimes I get upset that I’ve had to share her with meningitis

After a three week battle with the disease, during which she was resuscitated and fitted uncontrollably, she was allowed home. From then, my life changed dramatically.

Doctors thought that she would never walk or talk. Hospital visits, regular check-ups and CT scans showed that the meningitis had left Lauren with permanent brain damage. She also has hearing loss in one ear and cerebral palsy, affecting her left arm and leg, meaning she often struggles with balance.

When she was four years old, Lauren was given a financial grant from Meningitis Now - she was given a specially adapted trike to help her move around. This trike kick-started her love of cycling and gave her some independence. Lauren has gone on to progress and prove the doctors wrong by learning to ride a ‘normal’ bike, which they said she would never do.

Lauren’s determination and passion for cycling has now moved towards track cycling. Lauren attends regular disabled rider training sessions held at the Newport Velodrome with the Federation of Disability Sport Wales.  Lauren participates in this almost every Saturday and has even been coached by Paralympic gold medalist Jody Cundy MBE.

Lauren’s love for cycling isn’t just the participation – it’s her world. We have had many trips to watch UCI World Cup (with Lauren screaming at her hero Sir Chris Hoy). Not many 10 year old girls have posters of Sir Chris Hoy, Victoria Pendleton and Bradley Wiggins (to name a few) on their bedroom walls!  Lauren still has speech and language therapy, again through a financial grant from Meningitis Now.  This has helped her be able to communicate more easily. We no longer have to use sign language, although I did enjoy learning it.

We now do a lot of fundraising for Meningitis Now. I am proud of my sister, but sometimes I get upset that I’ve had to share my sister with meningitis.  I often wonder what she’d have been like if she hadn’t had it. Sometimes it can be hard for me too.