Michaela had no idea that her daughter Alisha was unwell, and only found out later that she had contracted a deadly type of meningitis called Men C. Michaela shares her story:

“Alisha was five weeks into her first year at Liverpool Hope University. She had settled well into student life, meeting lots of new friends, attending lectures and contacting home almost every day.

“On Tuesday 28th October 2014 myself, Alisha’s step dad Sean, brother Sonny and step sisters Erin and Allana went to Liverpool for a good family catch up. Alisha was her usual chatty self. We shared a kiss and hug before saying our goodbyes and off she went to have her nails done! 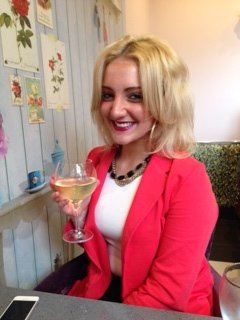 Getting ready for a night out

“On Friday 31st October, Halloween, I spoke to Alisha who was getting ready for a fancy dress night out. I told her to have a great time, to stay with friends and to watch her drinks - the usual protective parent stuff. I asked for photos when the make-over was complete. She looked really happy and ready for a great night out in them.

“The next day I was tempted to text or call Alisha but thought she had had a late night, would be hungover and would ring me when she felt up to it. That text or call never came.

“At 7 o'clock that evening I noticed a missed call, the university was trying to contact me.

“'Miss Bartolini something has happened to Alisha and I need you to come to the University this evening please.

“Panic took over. I couldn't comprehend what was being said, I passed the phone to Sean, and heard him say the word ‘deceased’. I knew something had happened but never thought it could be Meningitis.

She'd thought it was a hangover

“Alisha had left the club in the early hours of Saturday morning with a group of friends. The next morning she had woken up feeling 'hungover' but had managed a shower and some breakfast before returning to bed.

“Her concerned friends kept 'checking in' on her and she was seen being ‘considerably sick’ but Alisha signalled that she was ok so her friends put it down to a severe hangover.

“The next check on Alisha came, only this time she couldn't be roused. Security attempted to revive her, the paramedics came but it was too late. Alisha had passed. 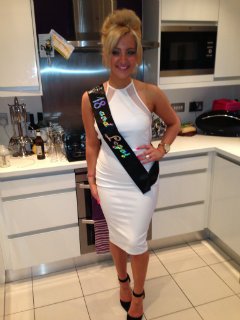 She had her whole life ahead of her

“Nothing in this world can ever prepare a parent for the loss of a child. I have lost my first born, my daughter, my best friend. Alisha had just turned 18 and had her whole life ahead of her but this was so tragically taken by such an awful illness.

“I urge people who know someone starting university to insist that they have the vaccination offered to students. It could help to save a life and prevent yet another family going through what we have had to endure. Know the signs and symptoms and look out for each other. “

To find out more about the disease and the MenACWY vaccine click here or contact the free helpline on 0808 80 10 388.

Michaela has produced a video highlighting the risk to young people with a group of other parents, bereaved by meningitis. Watch the video here.