Lyndon, from Crook, Country Down is a student at Northumbria University, swimming champion, model, actor, entrepreneur and ambassador for the charity.

Earlier this month Lyndon spoke at the Durham Police's Wow Awards to an audience of officers and blew them away with his positivity and courage. 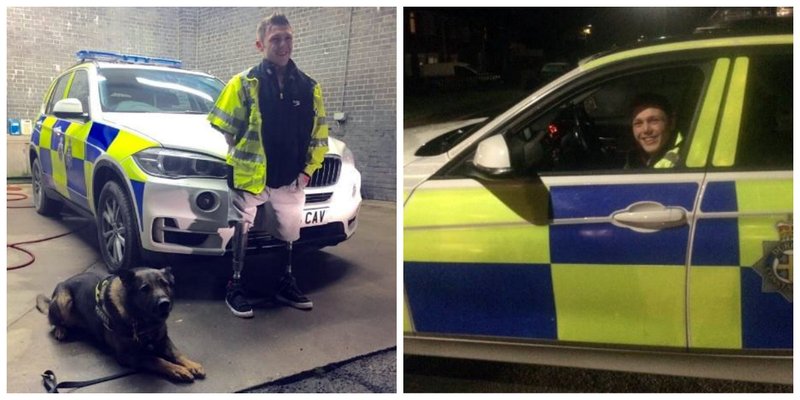 “I was really humbled by Lyndon. What he has achieved and overcome is fantastic. After he gave his speech, which was truly inspirational, he came over to me and Kev and asked if he could have his photograph taken with us.

“I was taken aback. We are just two lads doing our job. I said to him ‘young man, you are the true hero in this room'.”

The officers then offered Lyndon a ride in their squad car after the ceremony.

Lyndon said: “Me, my mum and my brother all watch Police Interceptors and are big fans of the show. It was great to go out with Spike and experience what they do close up.

“We drove around Crook, Bishop Auckland and Shildon and they told me all about the job and what is like having the film cameras following them around. They are really nice, down to earth guys.”