"I was pretty fit - I loved participating in hikes with my scout group, and I did lots of cycling and running. I had never experienced any serious illness in my life, so when I went to bed one night having felt rough all day, I just thought I had bad freshers’ flu. I wasn’t even aware of the symptoms of meningitis, and nor were my friends. It crossed nobody’s mind that I could be more ill than I seemed."

“After a night of crawling backwards and forwards to the toilet, trying to shield my eyes from the harsh fluorescent lights in our accommodation corridors, I woke up enough to look at my phone and see that it was 2pm the next day, and I had a message from my mum asking me what I was up to today, if I was okay. Parents seem to have a sixth sense for these things. I had no signal so I couldn’t ring her, but I WhatsApped her to say that I couldn’t bear the light of my phone screen, I felt like I had flu; I had a stiff neck, felt very sick and was finding it hard to stay awake. I felt like going back to sleep for as long as I needed to shake this bug off. It felt like the worst hangover of my life – except I hadn’t been drinking. The next thing I knew, a member of college staff had knocked on my door, and I was being taken to hospital. If my mum hadn’t rung my college to ask them to check on me, I’m not sure what would have happened. Mum 1: my meninges 0."

“I spent one night in hospital, where they did a lumbar puncture on me, gave me a scan and pumped me full of antibiotics in case the meningitis was bacterial. I remember crying in the waiting room to be taken somewhere darker because the harsh lights of the A&E department were making my head feel like it was caving in on itself. I genuinely thought I was going to die. I was alert enough to talk to the nurses, doctors and my parents, but when no one spoke to me I was in and out of consciousness. The next morning, I was discharged with a diagnosis of viral meningitis. I was to go home, and I would be “back at uni on Monday”."

“It took me two weeks before I could even sit up in bed. I felt like I had to learn to walk again, taking steps across the landing before collapsing back into bed again to sleep because I was so bone-crushingly exhausted. It was like being a small child again; I was reliant on my parents for everything, which was hard when I had just spent over a year feeling like an adult for the first time. Now when I talk to people about my experience they say things like, “That must have been so hard for you”, and they’re right, but I really believe it must have been so much harder for my parents. Those who support people affected by meningitis always need as much, if not sometimes more support than the individual themselves. This is another way in which Meningitis Now’s work really shows a deep understanding of how meningitis ends up affecting everyone; the charity’s support extends beyond the individual to the family and friends who care for them, or who are left bereaved."

“The most distressing part for me was the incomprehension of my situation. If I was supposed to have been back in lectures weeks ago, why could I still not stay awake for more than a couple of hours at a time? I had been a perfectly healthy 20-year-old woman one day, and by the next I felt like I had turned into some sort of light-avoiding potato who fell asleep at inappropriate moments. That was around the time when my mum found Meningitis Now’s website. I had been given no follow-up whatsoever, not even a leaflet, no warning as to what to expect, so a few weeks after I was supposed to have been back to normal, I was feeling like a pretty desperate potato. I broke down on the phone to their Helpline, because for the first time I was talking to someone who really understood what I and my family was going through, who reassured me that what I was experiencing was actually more normal than you would think. The reassuring voice on the end of the phone made me realise that I wasn’t going crazy, that this was a very serious condition and that I could access support as I needed it."

“I really did need it. Four months later I was still needing to sleep 14 hours per day and couldn’t walk far. I had had to suspend my studies (my college was and continues to be incredibly supportive) and I spent the rest of the year at home recovering. It was the most isolating experience of my life, not just because I felt like I had just disappeared from the world into my sad, sick potato den, but because I couldn’t do anything. I couldn’t look at screens or even look at people when they talked to me, because their physical movement overloaded my brain until it hurt. I couldn’t concentrate on anything I enjoyed, I couldn’t watch TV or read or draw. It sounds totally bizarre if you haven’t experienced it, but it felt like my body and brain had all been taken apart and needed to heal before I could use them again. I felt like I wasn’t me anymore."

“I experienced some pretty serious setbacks over the ensuing two years: I had my meningitis symptoms return one night that put me back in hospital, I had real problems eating food that stopped me eating properly for a while, I had shingles, then eventually glandular fever when I went back to uni to repeat my first year. Like a lot of people post-meningitis, I was diagnosed with ME in 2016, which still affects me."

“Meningitis Now helped me through those months spent at home by funding me for acupuncture treatment every week for several months. I still have no idea how acupuncture works, but to be honest just having someone to sit down with and talk to (ok, whinge to) about my body made the ordeal far more bearable, and helped me focus on the small victories, like eventually being able to drive again, read again, or cook. Their support helped me to feel more positive and I no longer felt hopeless."

“I went to the GP before I restarted uni to sign me off as well enough to go back to college. She looked through my medical history, turned to me and said “Wow, well done”."

"“What for?” I didn’t feel like I had achieved much by sleeping 14 hours a day for nine months, if I was honest."

"“For surviving!” Wait, you could die from viral meningitis? I thought you could only die from other strains like bacterial. I was so underinformed. Viral meningitis has the reputation of being the “less serious” strand of meningitis, but despite my comparatively privileged experience and extensive support networks I really didn’t feel like I had got off very lightly at all. This is what makes the work of Meningitis Now all the more necessary – lack of awareness and information means that people just do not get the support they need after meningitis and related conditions, meaning that they are left to deal with life-changing circumstances without adequate support when they are at their most vulnerable."

Channel our experiences into something positive

“It has now been exactly four years since I first contracted meningitis. Over that time, I have had lots of ups and downs, (no healing is linear, after all) but those highs and lows have slowly become less extreme. I had a huge ME relapse in 2018 that had me wheelchair-dependent for several months, and I was worried that I would have to drop out of uni, but I just went part-time instead, and that flexibility has meant that I can manage my symptoms far more sustainably."

“I recently joined the Believe & Achieve section of Meningitis Now, which is for young people affected by meningitis. I went to one of their event days this month in Birmingham, which was focused on being creative and building confidence, which is definitely something I feel I have struggled with ever since I became ill. What Believe & Achieve does is to channel all our experiences into something positive, which is really what I and others like me need. I’m training to be a peer mentor and am looking forward to making new friends at the next event day."

“Although I spent a long time initially grieving for the version of myself I feared I would never get back after meningitis, I now feel like I have gained more than I have lost. I have more empathy and compassion now than I ever did, I can deal with setbacks and there are lots of issues that I feel very comfortable dealing with now that would have terrified me before I became unwell. You really have to learn to like yourself when you spent months lying on your back with just your thoughts for company, and you really learn who your real friends are when you can’t commit to things and have to socialise in a different way than most people in their early twenties. The best ways people have supported me have been by simply reaching out and asking me what I need; my classmates would come over to see me in my room knowing that that would be far more accessible for me than going out. A little adaptation to be inclusive goes a long way; my scout group always included me on their trips telling me that I should only do what I could, and to go and sleep when I needed to. Small (and big) changes to accommodate someone’s extra needs makes a huge difference; my college have gone above and beyond to keep me in uni."

“If I could say one thing now to my sad bed-ridden potato self of 2016, it would be this: what doesn’t kill you doesn’t necessarily make you stronger, but there are people who can help you, and you do deserve that support.” 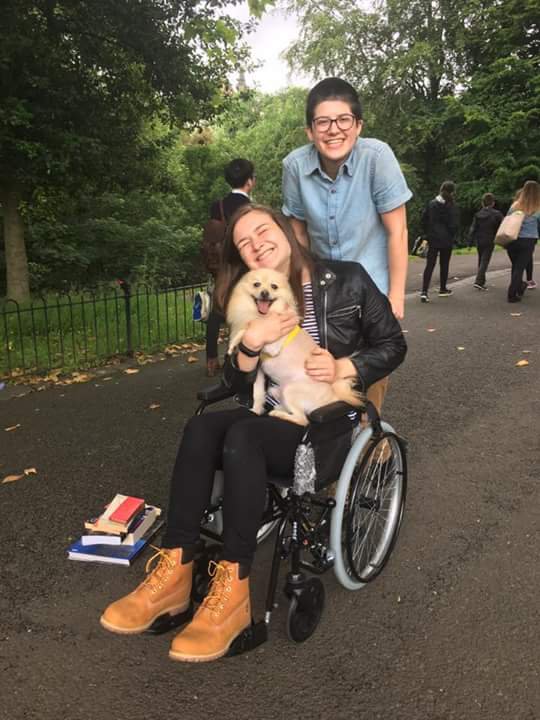 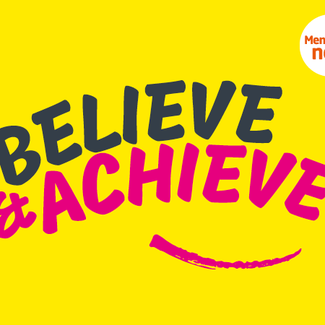 Find out more about Believe & Achieve, our support offering for 14-25 year olds impacted by meningitis Find out more