Daisy, from Brixham in Devon, recounts her story here.

“I awoke like any other morning. I got up, did my morning routine and headed into work."

“At around 1 o'clock in the afternoon I drove to pick up my son from his father’s house to spend the rest of a lovely sunny day with him. When I arrived to pick him up I was told that he hadn't been very well so we decided to head home to watch a movie and snuggle up on the sofa instead."

“At around 3 o'clock I started to get an awful headache and to feel sick myself. I put it down to probably starting to come down with what my son had. I gave my son some Calpol and I took some paracetamol to take the edge off how I was feeling."

“Unfortunately I was not able to keep them down and I was starting to feel a lot worse but thankfully my son was much better."

“It got to around 6 o'clock and my headache had got to the point that I couldn't stand the noise of the television and even the sound of my own voice was hurting."

“My brother Joe, who was thankfully home at the time, stepped in to look after my son as my parents were away for the weekend. He said to me that he was really worried and that I should ring my mum for advice. I did as I was told, rang my mum and she said that there was no harm in ringing 111 to get some advice."

“I looked at my brother and said that I didn't want to be any bother to anyone and it’s probably just the start of a bug. "If I just get a good night sleep I should be fine", I said. As I was laying on the sofa with my brother continuously coming in and out of the room, I finally caved in to ring 111 (still to this day I don't think my brother knows that he saved my life)."

“After being on the phone to 111 for around four minutes explaining my symptoms, they sent out an ambulance to me, which arrived five minutes later. The paramedics came into my home and within three minutes I was in the ambulance on my way to hospital."

“At this point my headache was so bad that I could barely talk, I couldn't move my neck, my eyes were going funny and I was struggling to walk. By this time I had got into my head that I had a brain tumour and I thought I was going to die."

“As soon as I got to the hospital they took some bloods and these samples were sent off for testing. A nurse then came in wearing a mask and then masked me. I asked what she was doing and she replied that, just to be on the safe side, I and anyone that I came into contact with would be wearing one of these masks as they thought I might have meningitis."

“My brother soon came to the hospital, wearing a mask, and said my parents were on their way back and would be here as soon as possible. I could tell by his face that he was worried as I knew he hated hospitals as much as I did. Having to wear a mask was making everyone feel very uncomfortable."

“A few more minutes passed and I was rushed down to have CT and MRI scan. As I was waiting on my own in a wheelchair, I couldn't get over how people were looking at me for just wearing a mask. I was really starting to panic as I was the next person in the queue and all of a sudden I could hear my mother Julie running up behind me."

“She took one look at me with my mask on with tears rolling down my face and then gave me the biggest hug and kiss whilst we embraced the moment."

“She looked me straight in the eyes and told me that everything was going to be okay as I still cried and asked her, "Am I going to die?" The nurse came out to take me in for my scans and my family waited for me back in my room."

Told I had meningitis

“As I returned to my room with the porter, the doctor was already there to tell me that I had meningitis. I breathed a big sigh of relief but my parents still looked worried. At that moment in time they couldn't tell me what type I had but got me straight onto an antibiotic drip."

“My family soon left to go home and for me to get some rest but it was a very long night. I was in a room all by myself, everyone that was still coming in was wearing a mask and I wasn't allowed any visitors."

“The next day as I was still on my antibiotic drip two doctors came in to perform a lumbar puncture to finally see what was going on. Unfortunately it was unsuccessful as they couldn't get out any fluid. Without the fluid they couldn't diagnose what type of meningitis I had, so I was treated as worse case scenario, as I was still so ill."

“I spent the next two days in hospital to then be told that I could go home to my little boy on the agreement that for the coming week I had to go in for a further seven days to continue my treatment. I would have agreed to anything for me to be able to get home to see my little boy."

“I cannot thank my family and friends enough. They helped me in the following weeks after I came out of hospital. They ran around after my son and me and I will be forever grateful for that."

“To this day I am still suffering with severe headaches and many other after-effects of having meningitis. Without my family I would really struggle on a day-to-day basis.” 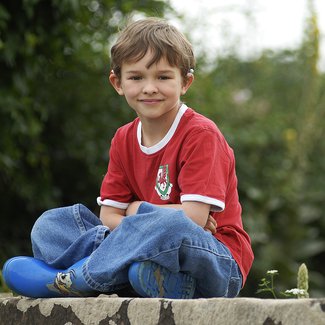