Freya is one of the young people who has taken advantage of our Believe & Achieve programme to help achieve her goals.

In an honest and open account she shares her story of fighting back from meningitis and how Believe and Achieve has provided a good opportunity for her to meet people of her own age affected by the disease and build her confidence.

“I was taken to hospital age 23 on 4 November 2016, after my doctor suspected meningitis due to a rash on my chin. I spent seven days in intensive care, where it was discovered I had meningococcal B with septicaemia. I then spent five days in the respiratory ward.

“When I got into hospital, I was so dehydrated that my kidneys and liver were failing and they couldn't find a vein hydrated enough to put fluids into me. They tried at least five times on each arm before actually finding one with an ultra sound. My blood pressure was also scarily low. They wanted to treat me before doing lumbar punctures and CT scans because I was so unstable, so it was hard for the lab to find what type of meningitis I had because the lumbar puncture was done almost 48 hours after the first antibiotics were administered.

“I remember a day or two in, my lungs started filling with fluid and I was breathing really quickly, so they kept putting oxygen masks on me. I kept having panic attacks because of them and taking them off. Then a nurse threatened to put me in a coma, which they didn't want to do because they needed to see how damaged my brain was getting. I don't think that made the panic attacks any better!

“Throughout the whole thing, I assumed I was pretty much fine. I casually texted my boss on the second day saying I'd be back in work next week (It was utter gibberish reading back on it). I had no idea that meningitis was so serious because no one ever told me.

“It was when I was out of intensive care and in the ward that I finally googled meningitis and found out what a horrible illness it is, I stopped crying over the fact that I was still in hospital and complaining that it was so difficult to walk to the bathroom and began feeling thankful that I was still alive and that I could walk the five meters, even if it took forever to get there.

“I don't think anyone when I was in hospital told me how bad an illness it was, how close to death I was and how lucky I was to pull through. No one even explained the basics of what meningitis is.

“My parents got me a wheelchair when I got out of hospital. I'd been struggling to walk and feeling exhausted from walking a few steps. it was weird how people’s perceptions of me changed once I was in the wheelchair. If I was struggling to walk and walking slowly, people would be tutting at me and being really impatient, but as soon as I was in a wheelchair, everyone became so much more understanding and helpful.

“The left side of my body was noticeably weaker than the right but I kept hitting little goals that I'd set myself like walking further and managing to climb the stairs on my own.

“My 23rd birthday was pretty much a month after I left hospital, but I hardly remember a thing about it. Me and my boyfriend had planned to go to Finland for Christmas to see his family and I don't remember a lot of it but I got there and back in my wheelchair even though it broke on the way.

“I finished my art degree in the summer of 2016. After meningitis I stopped drawing though. My eyesight had suffered terribly. In my left eye is a patch where I still have no vision and I didn't want to make it worse and I didn't have the energy or concentration to do anything.

“In March 2017, I was encouraged by a friend to apply for a tattoo apprenticeship, which I've wanted to do since I was 14 and I got accepted, so I started drawing again. I had to basically teach myself how to draw again which was frustrating but for a purpose that I had always wanted. The tattoo studio I work at was an hour train journey (I haven't had the confidence to drive since having meningitis; I still don't drive) away and I started travelling on my own for the first time three days a week. They were really understanding if I had to do less. It was so weird doing things by myself after having to have someone with me for the past five months.

“I've since moved closer to the studio and have learned so much since being there. In April this year I started to tattoo people for money and it's the first time since becoming ill that I've actually made my own money, which is such a nice feeling as my amazing boyfriend has been selflessly supporting me for the past two and a half years. Another cool thing is that I've been learning to speak Finnish on my bus journeys and have been doing really well with that, which is weird considering how rubbish my memory is these days.

“I've also been walking a lot better recently and haven't used my wheelchair in about six months.

“I've recently been struggling mentally with the after-effects of the illness. I'm not as confident as I used to be, I'm anxious about everything and I've been feeling pretty worthless and helpless. I've been suffering with back pain and I'm constantly in pain every day, which the doctors never seem to take seriously. I worry every day if I'll be like this forever and wonder if it's worth struggling on. It makes me sad that most times I go out and have a nice day like I used to, I'm bed bound from exhaustion for a day after.

“My mental abilities have suffered. I used to be really good at maths problems and now they just distress me. I can't think on the spot at all, I forget words in the middle of my sentences and either stutter on them or try to describe the word. I have trouble answering simple questions sometimes and I get angry for no reason. I get really nervous and embarrassed when talking to people just in case I forget what I'm saying or mess up on a word, so I've been isolating myself recently.

“The idea of meeting new people really scares me and it was hard for me to consider filling out the form to go on the Believe & Achieve 18-25 weekend, but I think it would be good for me to meet people my age who have been affected by meningitis.” 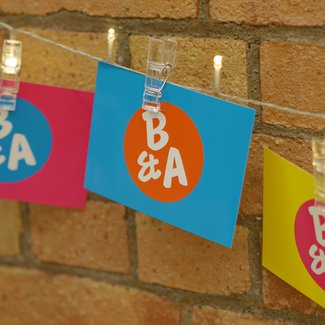