Her mum, Lyndsey Miller, of Durham, recalls the agonising events that took place after she began showing early symptoms of meningitis – a fever with cold hands and feet.

“My daughter Isla was 19 months old at the time. That day she had been fit and well with no obvious symptoms.”

“At around 4:30pm she fell to the floor screaming and initially I thought she had tripped and hurt herself, but when I picked her up I noticed she was sweating and trembling. She had a high temperature but her hand and feet were very cold.”

“I couldn't get her temperature to stay down and she became agitated and clingy so I called 111. They sent a paramedic who suspected meningitis and we were taken by ambulance to A&E. After five hours she was diagnosed with a winter virus and sent home.”

She continued to deteriorate

“The following day Isla was no better and she continued to deteriorate - she was vomiting and her temperature kept spiking really high. She didn't like to be moved as her little body hurt so she would groan.”

“I returned to A&E, spending six hours there before being admitted to the children's ward where they told me they would keep her in overnight for observations as she was vomiting everything she ate up. But at 1am a doctor came to see her and diagnosed her with a water infection.”

“He gave Isla a prescription for antibiotics, took some throat swabs and told me to call in a few days for results.”

“Once we arrived home, Isla got worse. She lay still and just had a vacant stare. I could not get her to keep anything down - not even her medication. She looked weak and very pale and her skin tone changed colour.”

Her body was shutting down

“I took her back to children's ward and demanded for her to be looked at again, but by this point she was severely dehydrated and her body was shutting down. The doctors acted quickly and tried to take blood but her veins were flat and her blood clotted almost immediately.”

“Her blood was thick and really dark in colour. She was put on oxygen and was given two fluid bolus to revive her. She was too poorly for a lumbar puncture so she was sedated and sent for a CT scan on her brain which showed swelling.”

“It was confirmed two days after that she had meningococcal group B meningitis and septicaemia and, had I not returned her to hospital for the third time in 72 hours, she would have died within the hour.”

It almost cost her life

“She spent a week in hospital and returned home but was unable to sit unaided. She had to learn to gain strength and confidence again to sit, crawl and walk. It took her eight weeks to be able to walk again.”

“She suffered extremely bad night terrors for nine months and I couldn't be any more than two feet away from her without her having a major melt down. Her behaviour became very bad, she would be frustrated a lot of the time, and she would bite me if she felt insecure. The doctor believed she was suffering post-traumatic stress and I was given medicine to help her sleep.”

“There is not enough awareness for this disease or for coping afterwards. The doctors failed to diagnose her on two separate occasions, which almost cost her life.”

“Reading other stories on the Meningitis Now website during and after Isla’s experience has helped - I found the charity was the only support network available.” 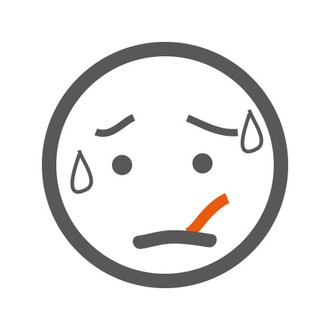