It changed the family’s world and threw a massive challenge at Jake, who has impressed everyone with his resilience, as Lyndsey, from Inverness in the Highlands of Scotland, tells us here.

“What started with us thinking my son had an ear infection ended in him being rushed to A&E by ambulance.

“We had just spent a nice weekend as a family and during that time my son said he had a sore head whenever he moved it too much. We went for a family meal and as time went on he became more uncomfortable, with a headache and what we thought were sore ears.

“He went to rest in the afternoon and by the Sunday night into Monday morning he was being sick through the night and became very weak with a severe headache. By the morning we called the ambulance and he was taken to A&E.

Meningitis had not come into my mind

“Meningitis had not come into my mind at this point until we got taken to the children’s ward and he was being pumped with various antibiotics through a drip. The doctor then said to me she suspected this and our world exploded. A lumbar puncture test confirmed pneumococcal meningitis.

“He was so weak he basically slept for the next 24 hours with his body fighting the infection. We couldn’t get our heads around why or how he contracted this type of infection. He was vaccinated but it can still happen.

“With some Covid rules still being in place, I stayed with him, but no family were allowed in apart from my husband, his dad. We also had a daughter at home who was too young to fully understand but she knew it was all very strange what was happening.

Spent the next couple of days waiting

“We spent the next couple of days waiting. He hardly moved, opened his eyes every so often but even that sapped his energy. Thankfully the antibiotics started to work and he got a little stronger.

“Then the next challenge became apparent. He kept saying he couldn’t hear anything and when we relayed this to the doctors he was taken straight down to Audiology. He was still so weak I don’t think he fully knew what was going on. But he did amazingly to follow everything he needed to do and we were told he was profoundly deaf in both ears as a result of the infection. My son had lost all his hearing and was completely deaf.

“Our doctors were straight onto the hospital who were the cochlear implant specialists and my son needed emergency implant surgery. There was a small timeframe due to the possibility of the body repairing itself and implants not being suitable. Everything that happened in this time was a blur. Jake was still fighting the infection and now he had to face surgery.

“We went by ambulance transport which was a long four-hour journey and he underwent surgery the next day. I had never heard of cochlear implants before and we had to learn a lot in a very short time. But we knew as a family it was the best option for him and it never crossed our minds not to do it for him.

“I can’t explain or articulate how amazing my son was throughout his journey. I will never forget the look on his face when he was well enough to realise that he had lost his natural hearing fully. He just looked at me and said ‘forever?’ All we could do was reassure him and try to stay positive. This was his new technology, his new ears that will give him the best option of having hearing again.

“Thankfully the surgery went well and after a month of waiting after surgery he got his cochlears and they were switched on. It’s been over a year since it all happened and he is doing amazingly well. He has adapted to his new way of hearing and although it’s been a huge challenge for him, he has been so positive throughout.

“As many kids his age are, he is fascinated with technology and this has been a great help in him learning and understanding his cochlears and what he can do with them.

“We try not to look back at the ’what ifs’ and the guilt as a parent still hits us, but our boy is still with us and that’s what we are thankful for. This is an awful illness and changes people’s lives forever, but it’s now our job to raise awareness. We will never forget how frightening it was but we try to look forward and keep positive.

“We are in awe of how resilient our son is and are so proud of him.”

We’ve supported the family through our website and social media and with a home visit. If you need our support contact helpline@meningitisnow.org.

Lyndsey (below) has also been a valuable supporter of our work, including taking part in the Loch Ness Marathon last month. 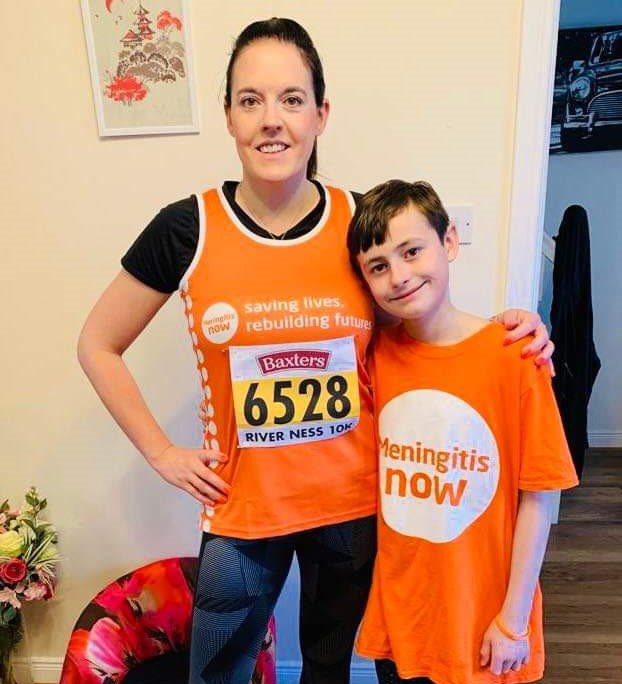 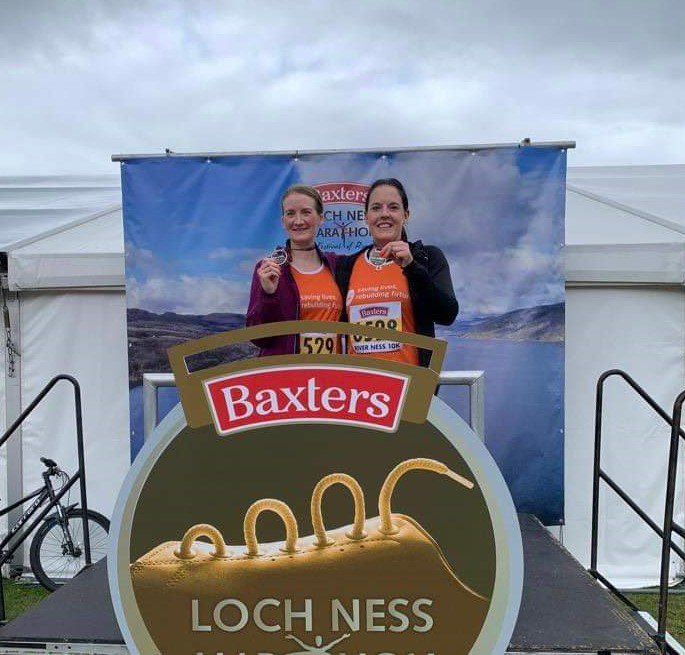