Lisa had chemical meningitis – a rare form of meningitis which is not caused by infectious agents. She tells her story here.

“During a weekend in May 2004 I had been having a great time celebrating the wedding of some friends, then a good time the following night with other friends.

“On the Tuesday my husband went to work a late shift as normal and I was at home with my children, Sam who was eight and Ellie who was four. I had been a bit unwell for a few weeks but was still functioning and feeling alright, spending time with the children.

“I also had a pain I had not felt before. I remember lying there just repeating "Please come home, please come home" to my husband. I could see the fear in my children’s eyes. My husband was due home at 9.45pm and when he came home I heard him come in, wondering why the children were still up and them telling him they had hovered up as I was ill. I couldn’t manage to shout to him and was willing him to come upstairs.

“He was obviously shocked to see me suddenly in this state and he telephoned for an ambulance. I remember him explaining something is really wrong but we do not know what.

“When the ambulance arrived, which seemed an age, we did not have a very good experience. As they found out I had been prescribed antibiotics they said it was a bug and no need to go to hospital. I couldn’t argue and am still grateful for my husband speaking up for me.

“The crew seemed to have formed a view that I just had a flu-like bug and should stay at home. Eventually they agreed I could go to hospital but made me walk down the stairs, which was agony. They asked my husband to drive me instead but he refused – saying they had the equipment on board.

“Once in the ambulance my vital signs were worsening and the blue lights went on. My pain was increasing; I was frightened and starting to feel sick.

There was a chance I had meningitis

“Once at A&E I was being really sick and was so sore. The doctor who saw me gave me IV antibiotics and painkillers, he did not know what was wrong but I clearly had an infection with a temperature of over 40 degrees.

“After a number of various tests and consultations I was transferred to a six bedded dormitory in another hospital where they thought I may have a gynaecological issue.

“My head was so sore and I was becoming increasingly sensitive to the light. I was quite confused and drifting off a lot. I remember that each time I stirred there were less women in the bed bay. Eventually at the end of the next day there was only me and I remember thinking – uh oh!

“A doctor came to see me to say there was a chance I had meningitis but it was unlikely. He said I would need a lumbar puncture and they would do this on another ward. It turned out this ward was the infectious diseases ward and I was moved into a single room there.

“I asked them to contact my husband and he managed to get there in time to support me. It was very painful as my spine was tender so curling up my back and legs was agony. Eventually, when the needle went in the pressure of the fluid caused it to shoot out the top of the cylinder. The level of pressure indicated immediately that there was an infection and I was told we believe you have meningitis but the colour of the fluid means we think it is likely to be viral but we are putting you on antibiotics anyway.

“I had excellent care on the ward and the meningitis diagnosis was confirmed but the type was not identified. I made a slow recovery, spending eight nights in hospital. At some stages it was very serious and my husband was such a support, having to cope with supporting me and the children. My recovery took months for the pain to reduce and my energy to return. I also started to become aware of some black dots in my vision.

The doctor said it wouldn’t be meningitis again

“I was fine for three years and then in July 2007 I had symptoms of a UTI. I went to the GP who prescribed me antibiotics.

“We were getting ready to go to Scotland for the weekend to watch Falkirk play a friendly with a Dutch team. I thought I would take the antibiotics and painkillers then be fine.

“My husband immediately said this is the same as before but I didn’t want to think that. Unfortunately he was right.

“We phoned the GP and he came round. He thought it was unlikely but said I should go to hospital in case. At the hospital the doctor on duty was dismissive, saying it would not be meningitis again. I was too unwell to argue and again my husband stepped in.

“He had to ask the staff to record in the notes that he believed I had meningitis and needed a lumbar puncture and he said that if things took the worst turn he would see them in coroner’s court.

“After some time the doctor said, "I will do the lumbar puncture to prove you wrong".

“This was done and the pressure was quite high but not as bad as last time. The results came back and meningitis was confirmed. The doctor never spoke to us and could not look my husband in the eye.

“I was moved to infectious diseases and instantly felt some relief as I knew they could make me well and I felt safe there. I spent a week in hospital and had many questions to try and understand why I had this horrible illness twice. Again I slowly recovered, slightly quicker than last time but in became apparent that I had lost more of my vision.

“I was then healthy until April 2014 when I had urinary tract symptoms so I went to the GP quickly as I realised I had the potential to get really unwell quickly. I came home, took the antibiotics and had some pain. My husband was on high alert; I was saying it will be ok.

“I felt sore and cold so had a bath. Then the symptoms quickly worsened. I phoned for an ambulance myself and was taken to hospital. I again had sickness, photophobia and awful pain.

“I had good care in A&E and was transferred to infectious diseases. I spent a week in hospital and then took a couple of months to recover. From this episode I lost more of my eyesight and some hearing loss. I received antibiotic treatment IV as an outpatient and then at home for 10 days.

“I was then investigated, including an MRI scan to look for a leak into the spinal fluid. I went to immunology and all was fine. My consultant could not find the cause although I had markers of being exposed to meningococcal bacteria. I had all available vaccinations against meningitis. My consultant also gave me a letter to say I had this unusual presentation and repeated episodes of meningitis and that if I had symptoms I should go to the infectious diseases ward.

“Then in February 2015 – less than a year later - I had some mild UTI symptoms so I phoned the GP who prescribed trimethoprim antibiotic over the phone.

“I took one and within 20 minutes I felt really unwell. Awful pain in my back, legs, head and neck. We knew instantly and rang the ambulance. When the crew came they were shocked at my high temperature and they rang A&E and the infectious diseases ward.

“There was discussion about the fact it could simply be a UTI. There was some delay and I went into the admissions ward. I was then transferred to infectious diseases as a member of staff working on there remembered having nursed me before. Again I was relieved to be in their care.

“The admission started as others had then a really good, empathetic doctor came to see me. He requested more tests of various intrusive kinds and kept asking me "What about this?", "Have you had this?" etc, but the answer was always no.

“On my fourth day in hospital he came to see me at 8am to say he had been working on my case over the weekend and been researching. He had found out about a woman in America who had a similar experience to me and the cause was identified as a reaction to Trimethoprim antibiotics.

“The doctor said he found in my notes I had been prescribed this drug on three out of my four episodes. The one he did not find it in the notes I knew I had also had that medication too. This was such a fantastic moment – finding a cause, a reason, an explanation.

“The doctor presented his understanding to his colleagues and the consultants. They came to see me and confirmed that they believed this to be the reason.

“I have had follow-up care and it is 99.9999% certain the cause was the Trimethoprim. The only sure way of knowing would be a controlled trial of the drug to watch for the reaction but given the potential of losing more eyesight and hearing due to it, I did not progress with that.

My experience has taught me what’s important

“This side effect is very, very rare, although it is on the information leaflet which, with hindsight, I wish I had read! There was no information on any of the meningitis support charities about this type of meningitis, known as aseptic meningitis.

“I want to share my experience in the hope that if anyone is unfortunate enough to suffer form repeated episodes of meningitis that this could be considered as a possible cause in some cases.

“My experiences have taught me the importance of grabbing life with both hands and spending proper time with the people that I care about it. It has also developed in me a sense of really what is the worst that can happen. I have experience the edge of what the worst is and it is definitely not missing a deadline at work, being stuck in traffic or missing out on a holiday.” 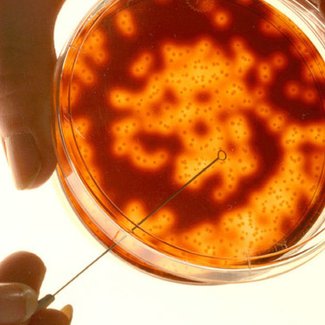