As the weeks went by, Michelle, from Stansted, Essex, and her daughter could only watch as the blotchy septicaemia rash spread over his body and he faced the risk of losing multiple limbs. Michelle tells their story.

“My grandson Luke was 8 weeks old when he came to visit me by chance. He was in his car seat asleep but making a whiny noise. My daughter explained he had had a temperature most of the night and was whinging.

“I took Luke into my lounge to change his nappy, as my daughter explained he had diarrhoea. While I changed him he didn’t wake up, which was unusual; his skin was mottled but while my instinct didn’t tell me to be concerned, I felt the need to call the NHS helpline. They asked me to examine his body for spots etc., of which he had none. Because he was not waking up when prompted they sent a paramedic, who was there within 10 minutes as he was local. He took Luke’s stats and said he needed to go to hospital immediately. An ambulance was called and we were on our way.

“Once at hospital, Luke was examined and we were told he had a viral infection and that he was dehydrated, so they were going to put him on a drip. He was so dehydrated that they couldn’t get a line in. By chance, a consultant from another hospital was in A&E, and after treating another child he popped his head into our cubicle and tried to help put the line in, but with no luck. He asked us to lift Luke’s arm and as soon as they did that, three purple spots appeared straight away. They instantly knew what it was.

“In front of my eyes, Luke started to swell. Doctors explained that Luke was very poorly; they couldn’t treat him there and he would need to be transferred to St Mary’s in Paddington.

“After 4 hours getting him ready to travel, we were on our way. Twice on our journey Luke’s heart stopped and he had to be resuscitated. Once at St Mary’s, after he was examined we were told he wouldn’t make it through the night and to get all his loved ones to say goodbye. As you can imagine, this was horrendous - not the outcome we were expecting.

“I called my osteopath for advice and she offered to come down and see him, which she did in the early hours. The hospital didn’t make her welcome but she told me she could help him so I insisted she treat him.

“She told us he was poorly but she could help him. She treated him for a few hours and told us he would improve by morning.

“The nurses next morning said he was still critical and the next 48 hours were crucial.

“After the consultant came to see him we were told if he makes it they will have to amputate his left leg, left arm, the tip of his nose and his lips, as they were black due to septicaemia.

“My osteopath visited again and said not to let them operate as she could save his limbs. The nurses were not happy but we insisted they do nothing, as after their initial examinations when we first came in they said he would be dead within 24 hours and we felt we trusted the osteopath more. She worked on him for a few hours and again she was right - his arm, leg, ear and nose were changing colour. The only thing she couldn’t change was the fact the septicaemia had got his fingers too badly and he would lose them. We were told he was not urinating on his own, which was a concern, so we mentioned that to the osteopath and she told us next morning he would and he did.

“My osteopath carried on treating him for the rest of the week and Luke continued to recover. He stayed in hospital for another 2 months, during which time he had his fingers amputated and a skin graft a while later.

“We were told that there hadn’t been a baby as young as Luke that had survived before, so they didn’t have anything to go on as far as recovery was concerned. What we also knew and were told was that because the NHS couldn’t take full responsibility for his recovery he wouldn’t be recognised, which is sad but a true fact. I know until this day babies are still dying from this awful disease and if they would only work alongside alternative medicine they may be able to save more babies and children like Luke.

“This happened over 15 years ago now and we have never had medical advice from anyone with regards to Luke’s long term after-effects from this illness. Luke had to have an op on his leg as his growth plate was affected by this illness. He still has yearly visits to his osteopath, who told us to get him referred to Great Ormond Street for his leg. He is still under them and is due back there in November 2020.

“I kept pictures of Luke’s journey, which I hoped he could see so he knew what he went through to be here, but to date he hasn’t wanted to look at them.

“I feel Luke needs some sort of counselling to come to terms with his future; he’s struggling knowing what career path to take. We have researched various careers but having no digits on his left hand he feels lost and alone - he feels no-one understands as we didn’t go through it. He doesn’t know of anyone who has gone through it and as much as we tried various groups of people who have gone through meningococcal septicaemia he finds it difficult to tell his story.” 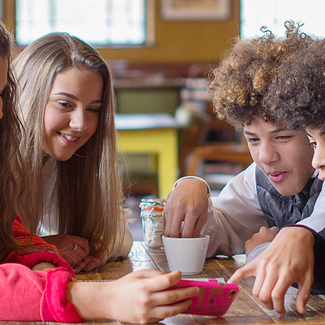