“It started on the 1st of October. I had violent sickness and a headache, but because I had been working in a hospital I thought the headache might be because I was tired."

“I phoned my GP and got an emergency appointment. I told him about my violent headache and sickness and explained that I had been working in a hospital and recently worked with suspected cases of meningitis. I asked him if there was any chance I could have this."

“He explained ‘no, you would be unconscious by now and it's most probably flu.’ He gave me anti-sickness tablets and Co-codamol for my headache."

“The next day I don't remember, but my boyfriend said I had photophobia and couldn't stand the light being on. The day after that I was taken to hospital via blue lighted ambulance, because my boyfriend found me unconscious that morning. I was admitted to critical care, where they gave me two lumbar punctures and put me in an induced coma."

“This is what I have been told by my parents and my boyfriend."

“My mum was on holiday and got a call from my boyfriend on the 3rd to explain that I was unconscious and he had phoned an ambulance and would keep her updated. My mum said panic set in and she got a flight home straight away and arrived back in England the next day."

“She met my dad and boyfriend at the hospital. Mum told them to go home and freshen up and she would stay with me. She was taken into a side room and told that she had a very ill daughter and to prepare herself for the worst - they had found viral meningitis. So, panic set in for my mum and she phoned my dad, who came straight back to hospital."

“After two weeks of being on life support and a ventilator they had to perform a tracheotomy, as the ventilator had been in too long. The tracheotomy was fitted on the 16th and the following day I opened my eyes for the first time. I am still unable to remember any of this!"

“But I then developed something else called Bickerstaff’s encephalitis, a rare inflammatory disorder of the central nervous system, where my own antibodies attacked my nervous system."

Communicate by blinking my eyes

“I was having physio in this side room. My first memory was the day I left my side room and went on to the ward in critical care, where I had more physio and learnt to communicate by blinking my eyes."

“My mum was told that they didn't expect it to take this long for me to learn to move again, so panic set in with her again. She said ‘Shaney, can you move your little finger?’ and I tried and slowly started to move."

“I then just started speaking to my boyfriend’s dad. Slowly I was getting there!"

Realised I wasn't in a dream

“On the 27th of November I had my tracheotomy removed, and I started to realise that I wasn't in a dream."

“On the 1st of December I was moved to a neurological ward, where physio was given to me every day during the week but not the weekend."

“My boyfriend got me up walking, because I just kept crying or phoning my mum at 3am to come and get me and take me home - I just wanted to go home because it was a shock to realise I had been left in this vegetated state and unable to remember how or why."

“All I could think was I might be left like this for the rest of my life."

“But, on 11th December, I was discharged and allowed to go home!"

“I am so lucky that I didn’t have any major after-effects, although I have just found out that my brain doesn't connect with my bladder, so I may have to have a spinal operation, because I have trouble passing urine. I thought it was where I had my catheter in for so long, but then thinking how I could have been left I guess it's a small price to pay to have my life back."

“I'm really grateful to the ICU doctors and nurses."

“I feel that doctors need to learn the symptoms again and not wait for the rash to make the decision on further examination, because the next person and family could not be as lucky as me or mine.” 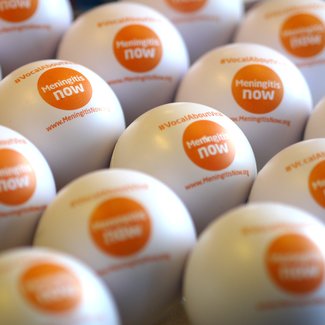