“I was part of the Stroud outbreak of the 1980s, contracting MenB in 1984, when at the time in the Stroud area, this type of meningitis was 17.5 times the national average.”

“I'm 39 now and have very few memories of the illness, or my childhood. This could be down to memory loss, which is widely regarded as a long-term after-effect. I feel that I was very lucky to not have more lasting damaging after-effects.

“I do remember local television coming in to my house to film a local news feature and I have the original newspaper feature, but sadly lost the original footage. 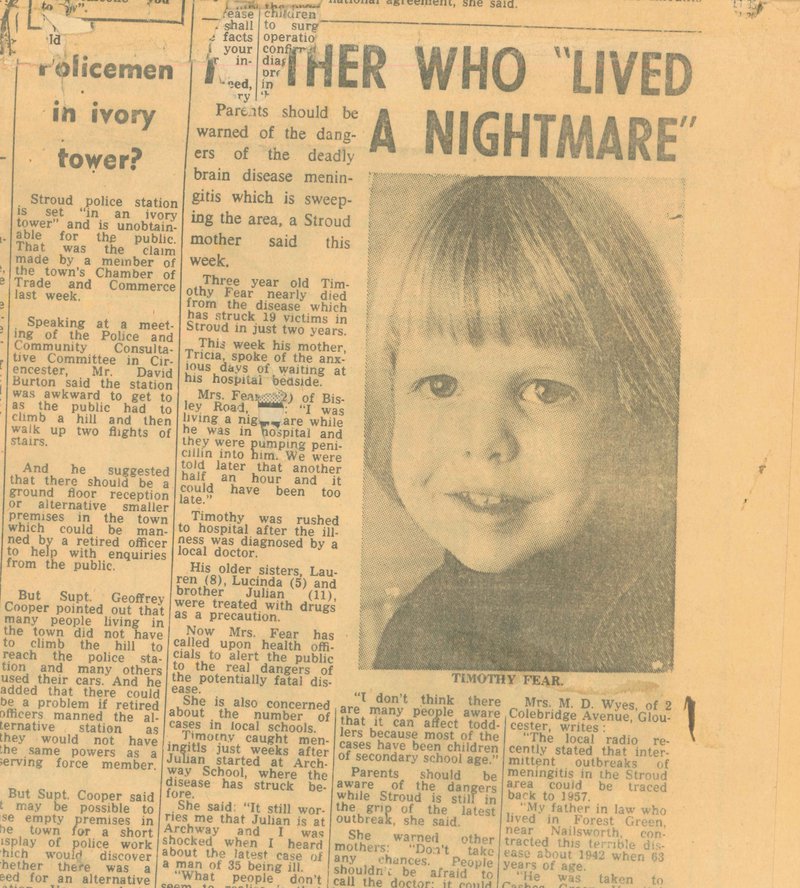 “I shared a bedroom with my 11-year-old brother at the time and he alerted my parents to something being wrong. I believe it took three hours before a doctor came out and it was reported at the time, that 30 minutes more, and it could have been too late for me.

"I've always felt grateful to the medical teams at the time for their early diagnosis and for my brother raising the alarm. I was transferred to Gloucester Hospital where I was kept under stringent infection control to reduce the risk of the disease spreading and under 24 hour vigil.

"It was brilliant to participate in the 30th anniversary coverage of the outbreak in 2016 and to hear everyone's very personal stories as part of that coverage. I follow all meningitis news with interest and it's tragic that young lives are still being lost in 2020 to this disease. I raise funds for meningitis charities whenever I can. It's a cause which will be forever dear to my heart.

"I very much consider myself one of the lucky ones and my heart goes out to all those who have lost friends and family from the illness."