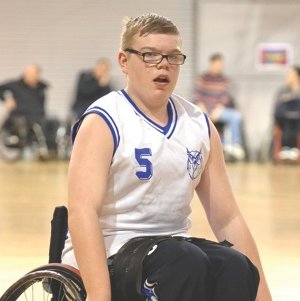 After a month in a coma Alex recovered but was left with severe after-effects including severe memory loss, deafness in both ears and bilateral footdrop, which means he was unable to walk.

Alex sadly passed away in 2012, 11 years after he contracted meningitis, after devoting his life to helping others. Alex’s achievements have been widely recognised and he won two national awards; the News of the World’s Children Champion and a BBC Radio One Teen Award as well as a host of other awards.

In 2014, Alison established the Believe and Achieve Trust (Charity number 1157173) to continue Alex's work in Tameside and the surrounding area, raising awareness of meningitis using Meningitis Now symptoms cards and doing talks, and funding grants for disadvantaged young people to enable participation in sport and other activities to enable them to achieve as much as possible.