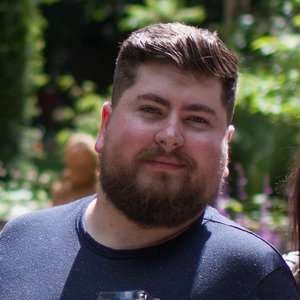 I was admitted to the ICU where doctors confirmed my diagnosis, my health declined rapidly over the next 24 hours and I was placed into an induced coma, my family was told I roughly had  10% chance of survival, subsequently I was expected to have permanent brain damage.

While in the ICU my toes, and the soles of my feet had turned necrotic, the sepsis had started to overtake all the efforts of the medical team. Once I had awoken I didn't have a perception of reality, I couldn't differentiate between what was a hallucination and what was happening to me. In hindsight I'm glad I couldn't comprehend what was actually happening.

Bedridden, the weeks turned to months and I began to realise the impact and implications that meningitis had had on me. My gross motor functions had been severely impaired, and I had lost more than half of my body weight.

I was to be placed into a specialist rehabilitation ward. Every day I underwent extensive occupational, and physical therapies. To help me slowly rebuild strength and reteach my body how to carry out simple day to day tasks. Soon I was fronted with the reality that I needed to have my toes amputated and my soles debrided, as it was dry gangrene the doctors could allow me time to process what was going to happen, and that I was of sound mind in going ahead with the decision. I truly felt helpless, a few months earlier, I was a fit, active man, now signing a form to have a part of me removed.

I returned back to the rehabilitation ward some weeks later after the surgery, and the therapy started once more, over the next year I became increasing frustrated with how slow I was progressing, and how I was unable to walk or even stand on my feet without enduring excruciating pain.

I made the decision to have my legs amputated below the knee to better my chances at walking independently in the future.

After several more months of rehabilitation, as an amputee I was finally discharged from hospital.

Now out, the progress is still slow, but it's continually improving, walking is getting easier and my overall strength is increasing.

It's been an inconvenience, an unplanned journey almost, but it's given me a new perspective on life. I must say I'd never willingly endure it all again, but I'm grateful for the remarkable people I've met as a result.