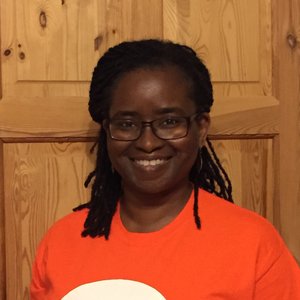 These strange words were delivered to my husband and me in the early stages of what later felt like it had been a trance.

Our healthy 8-month-old son had been admitted to hospital with a very high temperature, was diagnosed several hours later with septicaemia and then suffered a respiratory arrest.

“Hello Mr & Mrs Adjei, my name is Dr M and I am the consultant leading the team that has come from Stoke to retrieve your son to our Paediatric Intensive Care Unit. Following the lumbar puncture that was performed a couple of hours ago we now know that Ato has pneumococcal meningitis.”

Now we were in a little room down the corridor from the theatre where he was on a ventilator in an induced coma. Here it was that we received this news and then spent several hours as they fought to save his life before moving him to PICU in Stoke-on-Trent. Ato was left with considerable brain damage and a diagnosis of severe communication and cognitive delay, autism and epilepsy. This was a life-changing event, not only for him but for us, his parents and for his three siblings. Since that fateful night in August 2000 our lives have been completely centred around Ato and his needs.

I am Lynette Adjei, married and mum to four offspring. I am an arts manager and marketer by trade but have also made it a ‘spare time’ mission to support the work of Meningitis Now. There are very few people who spend more than a certain amount of time in my company without being introduced to (a) the subject of the devastating impact meningitis and septicaemia can have on lives, and (b) the importance of spreading awareness of the signs and symptoms of the disease. In my ideal world, no one should find themselves feeling as vague and ill-informed as I did the night I encountered these two words.

As a family the Adjeis also do what we can to assist Meningitis Now in other endeavours such as delivering awareness-raising talks, running information stands and fundraising, etc. I am delighted to be a Community Ambassador and honoured to continue working alongside the other volunteers and the staff at Meningitis Now to further the cause.